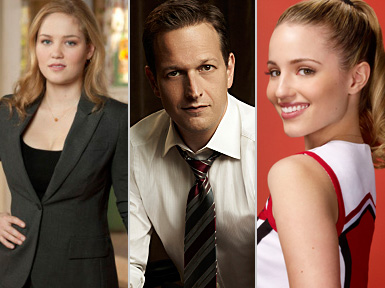 Any ARROW intel? — Mikey
The TV Addict: SMALLVILLE fans who are still in mourning over their dearly departed Superman series will be pleased to discover that ARROW isn’t wasting anytime when it comes to bringing familiar faces back into the fold. Less pleased, will be actress Keri Lynn Pratt, who it appears will have to re-audition for the role of Cat Grant that producers have re-imagined as a sexy TMZ-style reporter who appears in the ARROW pilot to cover the unexpected reappearance of Oliver Queen.

Is George and Lemon really going to go through with their wedding on HART OF DIXIE? — Lisa
The TV Addict: Not if Mother Nature has anything to say about it (Evidently, Mother Nature is a supporter of Team Zoe!) According to our sources, a storm of biblical proportions is scheduled to touch down in BlueBell Alabama just in time for the season finale of HART OF DIXIE that will, as luck would have it, center around George and Lemon’s big day.

Anything exciting coming up on my favourite new show of the season ONCE UPON A TIME? — Ashley
The TV Addict: Tons! That said, your level of excitement with regards to one of ONCE’s upcoming fables will truly be determined by your answer to the following question: Who’s afraid of the big bad wolf? If you answered “Yes” to said aforementioned question you may want to watch the upcoming March 11th episode with the lights on. Well, that or risk being petrified by the original big baddie who will be making a killer first (and possible second and third) impression on poor Red Riding Hood and her unsuspecting town of fairytale denizens.

What odds are you giving Leslie in her race for City Counsel on PARKS AND RECREATION? — Ricky
The TV Addict: Put it this way, considering Leslie Knope’s main competition is “special guest star” Paul Rudd, we’re not exactly too worried about her chances in the upcoming election. What we are worried about though is one of our favourite government workers leaving Pawnee by the end of the season after being offered exciting new opportunity in Washington D.C.

Does Sunday’s episode of THE GOOD WIFE mean we’re going to be seeing less of Will Gardner? — Jake
The TV Addict: Not in the least. To wit, we humbly submit into evidence (below), exhibit “A” — A first look photo from the Sunday March 4th episode appropriately titled “After the Fall” that sees Kalinda inadvertently interrupt a family reunion with Will’s two sisters Sara (Nadia Dajani, left) and Aubrey (Merritt Wever, right) when she decides to check in on him following last week’s grand jury proceedings. (Editor’s Note: Another reason we’re not exactly crying for Will Gardner is his stunning Chicago loft which includes our dream home accessory, a $1500 ROYAL MASTER SEALIGHT FLOOR LAMP available from Restoration Hardware, We’re just saying’) 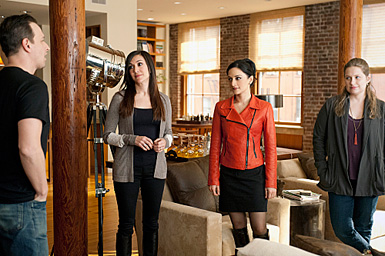 Do you have anything positive to report on the Julia and Joel adoption front? Seriously still reeling from Tuesday’s episode. — Brenda
The TV Addict: Rest assured, Julia and Joel’s adoption journey is by no means over. In fact, by the time the credits role on next week’s season (Yes, you heard me NBC, season finale), the double J’s will almost certainly be providing a home for a child in need. Of course, as with pretty much everything on PARENTHOOD, the adoptive child in question isn’t the least bit what you’d expect.

I demand to know that Quinn is going to be okay following Tuesday’s shocking spring finale of GLEE. — Madison
The TV Addict: For confirmation that Dianna Agron isn’t going anywhere — despite making the unfortunate choice of texting while driving — click here.

Any scoop on what’s in store for Barney on HOW I MET YOUR MOTHER? — Rachel
The TV Addict: While we very easily could spoil the exciting journey Barney has ahead of him, we thought it would be far funnier to simply share this just released photo that promises to put the “bro-code” to shame. Introducing “The Broath.” Read into that what you will. 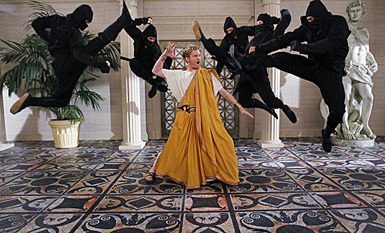