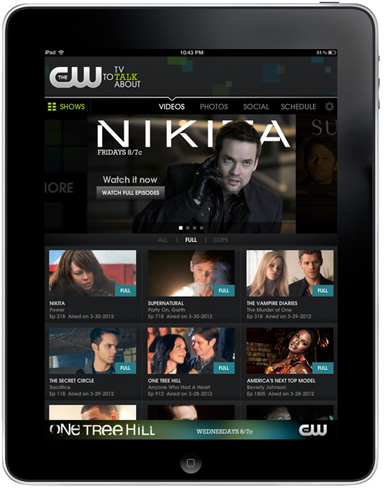 How to you solve a problem like The CW?

How do you continue to invest hundreds of millions of dollars per year airing and marketing some of television’s most addictive dramas to the tune of embarrassing 1 to 2 million viewers per episode?

If you’re the fledgling CW — a Network that since being born from the ashes of the defunct WB and UPN Networks in 2006 has failed to attract a substantial audience that through no fault of its own has pretty much eschewed traditional live viewing in favor of DVR and online alternatives — you. The CW is cutting the cable cord!

theTVaddict.com has learned exclusively that that The CW will announce plans at a press conference tomorrow to take the “if you can’t beat ’em, join ’em approach” by being the first of the major Networks to go internet only. Starting Fall 2012, the only way you’ll be able to experience your favorite vampires, gossip girls and/or supernatural saviors is via an internet enabled web browser, iOs/Android device or Xbox 360/PS3 gaming console.

“Rather than continue to fight the uphill battle that is broken business model, The CW’s parent companies Warner Bros. and CBS Corp. has decided to chart a new course,” explained the Network’s Senior VP of Market Research Lirpa Sloof in a statement released today. “This new online-only method of distribution will not only ensure our hit roster of shows continue to reach our increasingly internet-bound audience, but will solidify the Network’s future. After-all, one needn’t look further than a list of Twitter trending topics to see just how popular show such as THE VAMPIRE DIARIES, GOSSIP GIRL and SUPERNATURAL really are.”

According to Sloof, to help spread the word, the CW Network has teamed up with Apple to give away thousands of CW branded iPads. For your chance to enter, residents of the United States can click here to fill be taken to their entry form >>