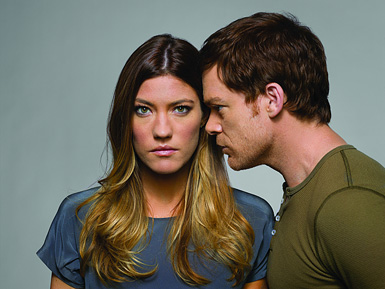 Press Release: We can confirm that the upcoming eighth season of our groundbreaking series DEXTER® will be its final one. Today’s announcement coincides with the release of an exclusive tease from the premiere of the series’ eighth and final season, which debuts on Sunday June 30th at 9 p.m. ET/PT . The series premiered on October 1, 2006 and has grown its loyal audience every season since its debut. DEXTER was the recipient of the prestigious Peabody Award, as well as 25 Emmy and 10 Golden Globe Award nominations, and was twice named one of AFI’s top ten television series.

“When it debuted in 2006, DEXTER redefined the genre, by taking the anti-hero to new heights and pushing the boundaries of the television landscape,” said Matthew C. Blank, Chairman  and CEO, Showtime Networks Inc. “DEXTER paved the way for the next generation of award-winning hit SHOWTIME series, and its cultural impact will be felt for years to come.”

“DEXTER is a landmark franchise for our network, and we cannot wait to unveil the conclusion of this series, as we know it, to the millions of passionate fans who have supported the show season after season,” said David Nevins, President of Entertainment, Showtime Networks Inc. “We’d like to thank Michael, Jennifer, and DEXTER ‘s indomitable cast, executive producers, writers and crew for eight incredible seasons.”

The exclusive tease from DEXTER ‘s eighth and final season premiere gives fans a sneak peek into the mindset of Dexter and Debra Morgan after LaGuerta’s death in season seven.