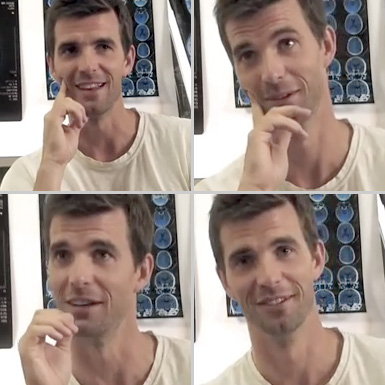 With Nathan Wuornos left dying from multiple bullet wounds in the Season 3 finale, there was some concern that perhaps Nathan would not survive to see Season 4 of HAVEN. But first thing, star Lucas Bryant reassures that Nathan is not coming back as a ghost and is alive and well. Right out of the gate in the first returning episode, Nathan’s fate is revealed and he is walking and talking. As fans, we should never doubt that our heroes will make through the dire straits of season finale cliffhangers — but we still worry. So in case fans had not yet already seen the Season 4 promos put out by Syfy, Nathan survived. In fact, HAVEN picks up its story six months later. Six months?! I can hear the cries now. But we all want to know what happened with Audrey (Emily Rose), Duke (Eric Balfour) and Nathan during that six month period. For the diehard fans, be sure to get the Season 3 DVD set which includes the 16-page special edition comic book “Haven: After the Storm” which details those missing six months.

So it’s six months later and where do we find Nathan. Per Lucas, Nathan is in a dark place. He is acting out and going through a bit of a rebellious phase. The love of his life has been cruelly taken from him and he is desperate to find her — and desperation takes him down a dark path. He is hanging out with a dubious crowd and doesn’t seem to have time to hang out at the Grey Gull anymore. Without his touchstone anchors in Duke and Audrey, Nathan is afloat with a bad crowd. Not even Dwight (Adam Copeland) can seem to pull him out of it.

As for the new man in the HAVEN-world, William, Lucas laughingly describes him as “charming as all get out” and then tries to remember if he’s talking about the character or Colin Ferguson, the actor portraying him. Then as to the other new characters introduced this season, Jennifer (Emma Lahana) and Wade (Christian Camargo), Lucas shrugged them aside and said that Nathan does not like to interact with Duke’s “people.” What a curious teaser!

When asked if Nathan may have gone out of his way to locate some “troubled” folk to help him locate Audrey and whether there may be a problem finding any as the “troubles” may have disappeared along with Audrey when she went into the barn, Lucas sheepishly admitted that those are good questions to be considering as the fourth season starts.

Lucas also hinted that there may be some global travel in Nathan’s future and the nefarious Jordan McKee (Kate Kelton) does make a return appearance (also briefly revealed in the Syfy promo).

But to Lucas, Season 4 has made Haven a much more dangerous place. The stakes are higher as Haven as continued to change and evolve in that six month time period. He describes this next season as “out of control” as Nathan embarks on a journey of find his “people.”

To hear more directly from Lucas Bryant, be sure to check out this video interview from the set:

HAVEN returns for its 4th season on Friday, September 13th at 10:00 p.m. on Syfy. More “troubles” are coming! #DiscoverHaven