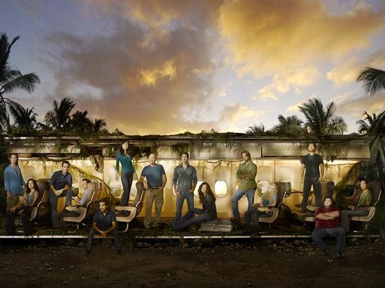 [Editor’s Note: Due to the controversial nature of the following, the TV Addict (Daniel Malen) would like to clarify that the opinion expressed in the post below are solely that of West Coast Correspondent Tiffany Vogt (@tvwatchtower)! #TeamLindelof]

The Following post contains spoilers pertaining to the end of BREAKING BAD so if you haven’t watched Sunday’s spectacular series finale, stop reading in 3… 2… 1… This has been a momentous week in television as the AMC series BREAKING BAD ended its five-season run with a record 10.3 million viewers watching live. It was illegally downloaded another 500,000 times and who knows how high the ratings will rise once the DVR numbers are factored in. It was not only the number of viewers that was impressive, but the critical acclaim that accompanied it as fans and critics seemed aligned in heaving a collective sigh of relief that the show ended well. Everyone had been holding their breath, worried that the show would flop in its finale; that it would try to top itself and reveal that the entire five seasons had been Walt having a bad dream during a cancer-fueled fugue. Instead the show honored its anti-hero and gave him a good death — one that he rightly deserved.

For better or worse, televisions shows have struggled for years on how to write a proper finale. For some, the finales brought tears and rejoicing (MASH, CHEERS, FRIENDS, THE WEST WING, SIX FEET UNDER), others bewildered their faithful fans (SEINFELD, THE SOPRANOS), and others incited near riots (LOST). The weight of how to end a television show has never been more heavy. Perhaps this is why so many shows try to pretend that the end is not near and continue blindly forward until one day the network pulls the rug out from under them — usually on a cliffhanger. Creators and showrunners would simply like to deny for as long as possible that their show is ending and they think that if they simply leave things on a cliffhanger that it will sit better with fans; opposed to trying to do the honorable thing and actually write an ending to the show.

After watching how Damon Lindelof has been vilified by disgruntled and unhappy LOST fans for the past 3 years, it is no wonder showrunners and writers are running scared of finales — or even more recently, the uproar over the series finale of DEXTER — and Dexter Morgan didn’t die in the end! Even today Damon Lindelof still feels the need to write yet another explanation in defense of his choice of a series finale: “Damon Lindelof on Why BREAKING BAD’s Finale Let Him Say Goodbye to LOST”

There is no greater poster-child for bad show endings than LOST. It is the perfect example of how when a show betrays a large portion of its fan base, it will never live it down. There have been many lessons from LOST. One of the primary lessons from LOST is: be careful who you trust.

A television show is a gift. They are rare miracles that make it onto the airwaves and win over the hearts and minds of fans that faithfully tune in year after year. The problem is that showrunners and writers mistakenly believe the show is a gift to themselves, when in fact it is supposed to be their gift to the audience. So when writing a television show, it cannot always be entirely about what the showrunners and writers want anymore. They have to think about the people they are giving it to. Viewers are less than enthusiastic about gifts that explode in their face. That’s what the LOST finale felt like. Like a cruel practical joke. Which is why viewers are now using the LOST-standard when assessing new television shows to devote their precious spare time to. LOST was a six year commitment and a large portion of viewers felt betrayed by that commitment. It made them gun-shy of investing their time into other serialized, genre television series (e.g., FLASHFORWARD, THE EVENT, ALCATRAZ, TERRA NOVA, AWAKE).

It is the enormous hurdle of trust. Does the modern television audience trust showrunners enough to devote their previous free-time to a television show? If the trust is not there, then the answer is: no.

What are the biggest shows on television right now? NCIS, PERSON OF INTEREST, THE BIG BANG THEORY, CASTLE, THE GOOD WIFE, NCIS:LA, ELEMENTARY, and now the new series THE BLACKLIST and SLEEPY HOLLOW. What draws viewers to these shows? For one thing, they trust that these shows will not pull a “LOST.” These shows are guaranteeing that they will not kill off their principal characters or one day spring the surprise that everyone is dead.

But then what about the popularity of the genre series THE WALKING DEAD — well, that’s easy, it’s not false advertising when you’ve titled your show “the walking dead.” In a zombie-horror series the premises is that you are slowly going to see the characters all die one-by-one. The entire show is like a video game and you’re just playing to see who’s going to be taken out next.

Television viewers today are investing their time in shows that they trust. They want to know that their heroes will get to live long healthy lives. LOST betrayed that trust and picked off its characters until literally they were all sitting in a church waiting to walk into the light to move on to the afterlife. Even today, the absurdity of the LOST ending strikes me anew. Who watches six years of a television show only to find its heroes all sitting in church together reflecting back on their lives and moving on to Heaven? I vividly recall watching each and every episode of LOST patiently waiting to see how the characters would survive and escape that blasted island. Had I but known that they were not supposed to, that it was a cruel test of seeing how each of the characters met their deaths, I would have stopped watching a lot earlier. I was not watching a show about welcoming death, but a show about fighting for survival and a better life — redemption in this world, not the next.

So the television audience needs to know that their trust will not be trampled upon and their investment in a television show is worth their time. When they start to feel skittish about where a show is going, that some showrunner is going to hand them an “exploding gift” again, they get panicky and bail. This explains why some shows debut to huge premiere ratings and then the ratings rapidly slide downhill until only a small core audience is left, but even that audience could erode further if they get the feeling that the show is not worth their time anymore.

DEXTER was a show celebrating how a serial killer took out the trash of society and we gleefully cheered each time he did. We were asked to root for a killer and we revelled in how he got a way with it. It was a fitting end that Dexter Morgan faked his own death and found a way to escape and live his life back under the radar again in the end of DEXTER. Offering him up on a sacrificial plate and killing him would have been the betrayal. Instead, letting him live, perhaps to kill again, that seems like the perfect ending for his story.

As for Walter White in BREAKING BAD, he was dying from the day we met him, literally. He was dying of cancer. That then propelled him down a dark path, which ultimately ended with his demise. It was not unexpected for his actions seemed to be taunting death. He did not try to simply regain his health and conquer his battle with cancer, he embraced a life of criminal enterprise with high risk. It was therefore no surprise when he finally did die in the series finale. It was expected and earned.

In today’s increasingly skittish television market, TV shows have to earn the trust of their viewers. They have to be upfront about what kind of show they are and what they are offering. TV viewers will not suffer being fools and subject to a bait-and-switch. LOST taught them that much. It was a painful lesson, but one fresh in everyone’s minds.

Not every viewer will send angry tweets or letters to Damon Lindelof reminding him how he failed in the trust bestowed to him in LOST, but every viewer will exercise their right to switch the channel or simply not watch a TV show that looks like it could potentially be an “exploding” package. Safe shows have a longer shelf-life in television simply because viewers are skittish and they are looking for a sure thing. They want to know exactly where their time-investment will lead. They want to be assured that they will be happy when they get to an end of a TV show. They want to know that showrunners/writers actually understand that viewers do not like to be screwed with. Trust is not given, it is earned. It is unfortunate that the lesson from LOST is that the TV gods are cruel and like to play practical jokes. It means that every TV show out there is now compared to the LOST-standard. For better or worse, that is the reality we live in. That’s the lesson we learned from LOST.