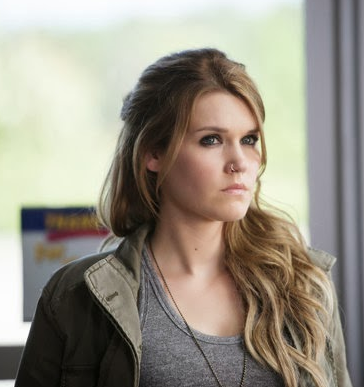 Try as I might, one nagging feeling has been tickling my brain all season: this is not the Audrey Parker (Emily Rose) that we know and love.  At first, she did not even try to be.  She was Lexie Dewitt (Emily Rose).  Then after Jennifer (Emma Lahana) opened the portal door back to Haven, Maine, Lexie reverted back to Audrey.   Her personality in the barn as Lexie was stripped away and revealed the person that she wanted to be:  Audrey.

But that is only what William (Colin Ferguson) told her — that the second she stepped through that door from the barn and back into Haven, she would be who ever she wished to be.  And for the woman calling herself Lexie, why should she question whether or not she was really Audrey, when everyone was telling her that she was?  But what if she wasn’t?  What if the woman who was Lexie was actually someone else – something else?

The barn is an enigma that we have not even begun to understand yet.  It not only housed Audrey for the 27-year durations between her times in Haven as Sarah, Lucy and Audrey, it also supposedly housed Agent Howard (Maurice Dean Wint), Arla (Laura Vandervoort), Audrey’s son James (Steve Lund) and even Duke (Eric Balfour) for a short while.

So who is to say exactly who that woman is that came through the door and suddenly remembered she was Audrey?  That’s what the barn does after all:  it assigns identities and false memories.  That is how Audrey became Audrey in the first place; the barn gave her the identity of a young FBI woman (Kathleen Munroe) aka Faudrey. That was the woman Audrey came face-to-face with at the end of Season 1.  It was her identity and memories that Audrey had been given.

So perhaps this is the mystery of Season 4.  It is not: where is Audrey?  But rather:  who is the real Audrey? 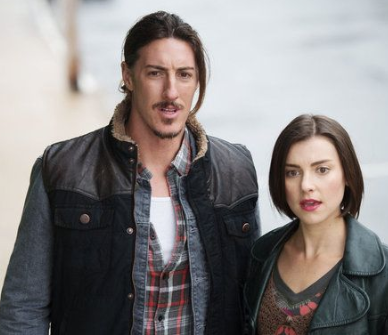 My crazy speculation is that the real Audrey is the young woman we were introduced to as Jennifer.  It would explain why Jennifer had been hearing voices of those stuck in the barn.  It would explain Jennifer’s connection to Lexie.  It would explain why only Jennifer could open the portal door to the barn and release the woman known as Lexie.  These are all abilities that only Audrey – the real Audrey – would have.  And poor Lexie, led into believing she was Audrey is just someone else.  Maybe even poor Arla – last seen in the barn at the end of Season 3.  Who is to say that the barn didn’t erase her memories and implant memories from Audrey when it spit her out into that field and into Nathan’s waiting arms?

Let’s think about it for a second: Jennifer is really Audrey.  It would explain why she inherently trusted and felt drawn to Duke, as well as came to his rescue in the hospital at the beginning of Season 4. It would explain why she was willing to accompany him to Haven and stay to deal with all the Troubles, the Troubled and other things flung her way.  It would also explain Duke’s seeming ease and comfort around her too.  Even Nathan (Lucas Balfour) seemed at ease with Jennifer from the very beginning.  In fact, everyone in Haven has been more than accepting of Jennifer and she has become an integral part of their daily lives in a very short amount of time.  Who else do we know that has that ability?  The ability to integrate and endear herself with such ease into an entire community?  Sounds a lot like Audrey, doesn’t it?

Plus, it would explain the crazy link between William and Audrey, so that when Nathan shot William, a bullet wound appeared simultaneously in Audrey.  It is not because it’s Audrey, it is someone else – someone whom is actually connected to William.

Looking back, the Audrey we all know and love is a martyr at heart.  She would have never have allowed herself to be drawn into a relationship with Nathan at the cost of protecting everyone from the Troubles. Not for one second.  So that willingness to be so easily distracted does not fit her at all.  But for the young woman known as Lexie who so desperately wants to be Audrey, and who everyone is telling her that she is Audrey, that fits.

Another big clue was from the box of things that Jennifer collected from the home that was abandoned by her adopted parents.  In it was the same exact book (“Unstake My Heart”) we first saw in Audrey’s apartment in Season 1 before she came to Haven.  Why would Jennifer have it?  Perhaps because she is not Jennifer at all, but rather Audrey – the woman we have known and rooted for as Audrey for the past three seasons anyway.  Another undeniable tie is that fact that Agent Howard arranged for her adoption.  That’s his job as undertaker for the barn and as keeper for Audrey.  So why would he do it for Jennifer?  He wouldn’t – unless she was actually Audrey.

This may be just a crazy theory, but in the world of HAVEN, nothing is ever exactly as it appears. It makes perfect sense that the writers would try to fool us into believe that Audrey had been missing, when she was there right there all along – just under a new name and identity.  But not as Lexie.  She was Jennifer this time.

Crazy idea or not, it fits and it is intriguing.  Wouldn’t it be cool if it were true?! 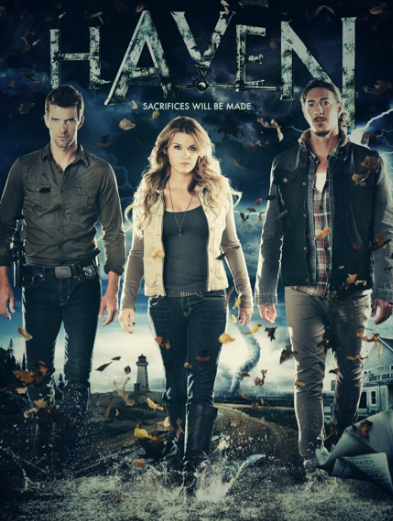