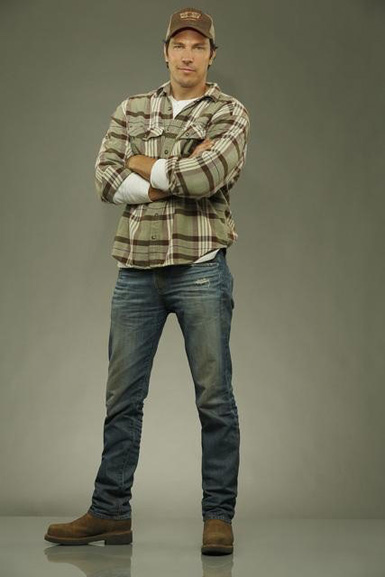 Based on the Argentinian crime drama, KILLER WOMAN is the brand new series from Sofia Vergara’s production company. It examines the scorching hot world where women are driven to kill. Starring Tricia Helfer as Molly Parker, the lone female Texas Ranger assigned to tracking them all down, KILLER WOMEN is a high-octane, police drama.

Fleshing out Molly’s world is a rich family life as she moves back in with her brother and his wife and kids at the family ranch. Co-starring as Molly’s brother Billy, Michael Trucco had only fantastic things to say about his former BATTLESTAR GALACTICA co-star and the fun they have working together again. In an exclusive video interview, Michael talked about the appeal of working with such a close friend, the fun of getting to portray a character with a secret, and how nice it is to play a character with such a loving family.

KILLER WOMEN may be a procedural as Molly tracks down criminals, but it also tries to offer a healthy dose of character-driven stories intertwining the lives of Molly and Billy together throughout each episode. Billy has a secret that shall be revealed as the first season unfolds and we shall see if that secret shall erode Billy’s family life and relationship with his sister, or if they shall rally behind him.

For Michael, working on KILLER WOMEN with Tricia again was a happy coincidence. They are close friends since their days as Cylons on BATTLESTAR GALACTICA, and Michael laughingly said it is great that they get to work together as humans this time around. He also feels it is a great benefit to work with someone he knows so well as it makes all of their jobs that much easier. He gives a lot of credit to Tricia for bringing her innate passion to the character of Molly and the show and how that resonates through what is seen on screen. (Tricia had just as many great things to share about Michael in her interview, which can be seen HERE.)

Michael is the first to admit that KILLER WOMEN does not spare on beautiful women, flying bullets, and displays of fun cowboy brawn as his character Billy tackles ranch life in the show.

In eight episodes beginning on January 7th, KILLER WOMEN shall showcase one woman a week before unveiling an even bigger mystery in the finale. To see what explosive stories and action KILLER WOMEN has in store, be sure to tune in Tuesday nights, starting January 7th, at 10:00 p.m. on ABC.