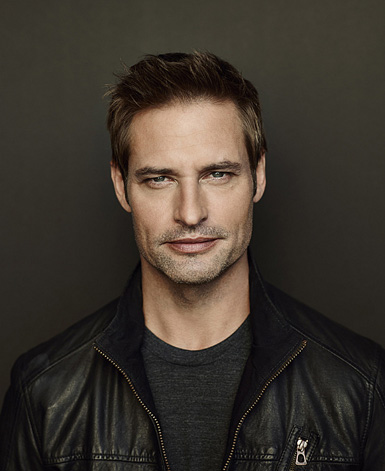 Josh Holloway absolutely shines and steals the show in CBS’s new drama series INTELLIGENCE. Some shows just fit some actors like a well-fitted glove and this is one of them. CBS new series smartly plays to the strengths of an actor who exudes natural charisma and charm, and it makes for a fine and addictive new series. Adding to the fantastic cast are co-stars Marg Helgenberger, Meghan Ory, and Michael Rady, each bringing their own strengths and enthusiasm to the show.

The first episode of INTELLIGENCE introduces the characters and their unique world, where a super spy is equipped with a special computer chip that enhances his mental abilities. Adding a nice twist is that the government has assigned a specially-recruited Secret Service agent to keep watch over their billion-dollar investment. Imagine if the Six Million Dollar Man had been assigned a bodyguard – and that’s the secret to the success of INTELLIGENCE. It is not relying on just an enhance super-spy to solve all its cases, it offers a fun look at what happens when you have a super-spy with a babysitter. It makes for much more interesting and hilarious story.

Josh Holloway stars as Gabriel Vaughn, the agent only to happy to volunteer to become the government’s latest science project in order to pursue both his job and his personal quest to find out what happened to someone very important to him. But he is unprepared when he is assigned his own Secret Service agent, Riley Neal (Meghan Ory) and they have to work out the kinks of their unusual partnership. Overseeing the duo is their boss Lillian Strand (Marg Helgenberger) who offers firm guidelines on how Gabriel is or is not to use that chip in his brain. Then fleshing out the team are Chris Jameson (Michael Rady), and the father-son team of Shenendoah Cassidy (John Billingsley) and Nelson Cassidy (P.J. Byrne), all who work tirelessly to keep Gabriel’s chip working seamlessly.

INTELLIGENCE jumps right into the action and soon bullets are flying as one of their own goes missing. Unable to resist the temptation to put his super-brain to use, Gabriel rushes to the rescue, with Riley close at hand. But what they find will change things dramatically for everyone. For the spy-world is not only built on secrets, but shifting alliances; and a startling discoveries will send them down a treacherous path.

To get a sense of the warm camaraderie amongst this cool cast, check out the press interview at last summer’s San Diego Comic-Co with stars Josh Holloway, Marg Helgenberger and Meghan Ory as they previewed their fun new series:

Be sure to tune in for the special premiere of INTELLIGENCE on Tuesday, January 7th at 9:00 p.m. on CBS (CTV in Canada); then tune in for its 2nd episode in its regular timeslot on Monday, January 13th at 10:00 p.m. where Gabriel finds something he has been looking for in the most unexpected of places.