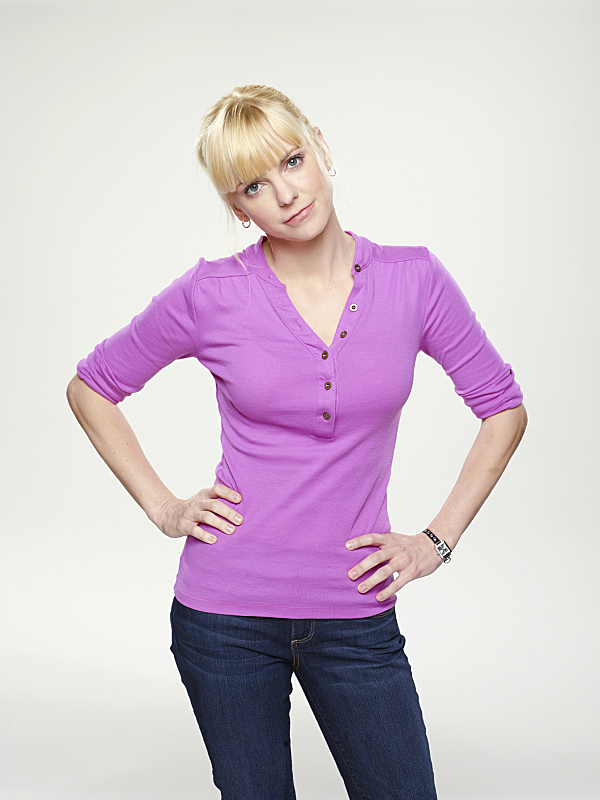 Having made the leap from the big screen to the silver screen on CBS’s MOM, Anna Faris landed on one of the hottest new sitcoms of the season. During a press interview at the Warner Bros. Mondo International Press Tour, Anna talked about making the big leap, what interests her about this particular role, and the fun of working with Chuck Lorre.

Can you talk a bit about your role on the show and how much you’re enjoying it?
ANNA: I play Christy. We don’t have a last name yet, I don’t think. I play a single mom with a teenage daughter, who is also pregnant, which is going to be a journey. I don’t have any idea what we’re going to do with that. The writers won’t tell me anything. She also has a son, who is 9. And her mom has suddenly reappeared in her life, and they have a very complicated relationship because she’s very resentful about the way she raised me. So she has a big chip on my shoulder regarding that, and justifiably so. And my character, because she had a daughter when she was a teenager, I think a lot of her dreams and her goals in life had to shift into something else. So she’s a waitress at a restaurant in Northern California, and she’s trying to make up for the mistakes that she’s made in raising her kids. She patterned herself after her own mother in terms of being an addict and an alcoholic and, I’m sure, all kinds of horrible relationships with men that we have yet to explore. But I love that I’m playing somebody who has so many layers and notes, because if anybody here has seen my other work, I don’t always play very layered people. So that’s been really rewarding as an actor.

Do you think Christy is a better mom than Bonnie (Allison Janey)? What’s the best part of Christy being a mom?
ANNA: I think that Christy is really trying hard to make up for mistakes. I do think that Bonnie, her mom, was never sober when she was raising her. So at least her own kids on the show have a little bit of their lives with her being sober, as opposed to her mom. I think she’s trying really hard. And I think that hopefully, her kids will kind of forgive her. And, hopefully, there’s happy times ahead.

Do you think that humor on a sitcom can just come from this dark place? Like the daughter is pregnant and the grandmother has cancer. All these kind of things are happening to her. How do you find humor in all that?
ANNA: I know. I remember when, a few weeks ago before the episode we did about breast cancer, and Chuck said to me, “We’re going to do something that a comedy has not done before. And I hope that we can pull it off.” And now I’m really proud. I love it that we go to these very emotional places. Not only as an actor is it really rewarding, but I’m hoping that, as a viewer – well, our “message” is probably the wrong word because I’m not sure we have that yet — but whatever we’re trying to say, hopefully, resonates maybe on a deeper level. I hope so.

Do you identify with Chuck’s sense of humor?
ANNA: Yes. He’s such a genius. He’ll come in, and he’ll say, “Why don’t you deliver that joke as a whisper.” And I’ll be like, “Oh, of course. Of course, I should have done that. Why didn’t I think of that?” Or he knows when to go big at the right moment. He also will take out a really funny joke if it messes with the emotion of the moment. Then he always wants me to do all that physical stuff and in this last episode we did, I think I fell in almost every scene. My back is really sore today. (Laughs)

After writing the show, he said that he knew it had to be you for this part. Considering the character, do you think that’s a compliment?
ANNA: (Laughs) I don’t know. I mean, of course, I take it as a compliment. But it’s true. My character is a bit of a mess. Actually I don’t even know. I don’t know exactly why he had me in mind, but I am really happy that he did.

Today you can read what the audience says about the show right away, thanks to the social media. Do you read it?
ANNA: It’s so painful. I mean, I love it when people are responding positively and everything. But it’s just like anybody. It’s that one person who says something awful, and it just sticks with you for a long time. The worst is Googling yourself as a person. Oh, man. That will just damage you. I think in, like, 2003 I Googled myself, or whatever it was back then — Yahoo’d it or AOL’d, maybe, my name. And one of the comments said that one of my boobs was bigger than the other, like “One of Anna Faris’ boobs is bigger than the other.” And I was like, “What?” And after that I was like, “I can’t.” Like somebody else wrote something innocuous, that I was a huge Boston Red Sox fan, which is not true at all. I’m not really a baseball fan. So I think if you’re going to attempt to be a sane person in this industry, you have to keep away from that stuff.

Do you enjoy watching TV shows on Blu?ray, DVD, digital at home?
ANNA: Yeah. I think it’s really fun, especially with hour?long shows, to have a whole marathon like on a day like today, to watch, like BREAKING BAD episodes. It’s really liberating to be able to watch things whenever you want to watch them and to be able to watch eight episodes in a row. But there’s also something satisfying, I think, about watching something as it airs as well. I don’t know if I’ve really thought this out, but I think I prefer to watch television as it’s airing.

Working on a television series is more steady work all year long. Were you ready for that?
ANNA: This job came along at such the perfect moment in my life. I feel so fortunate. I had just had my baby. I just didn’t know what I wanted to do. So I flirted with the idea of maybe being a stay?at?home mom because my husband is doing really well. Then this project came along, and I now get to live in L.A. The hours are very intense, but they’re not as long as a movie, and I get to tuck my baby in at night. I’m just loving it. And creatively it’s challenging in a completely different way than I’ve ever experienced before. That’s been really fun to learn so much at this stage in my career.

To see all new episodes of MOM, tune in Mondays nights at 9:30 p.m. on CBS (City in Canada)

Tiffany Vogt is the Senior West Coast Editor, contributing as a columnist and entertainment reporter to TheTVaddict.com. She has a great love for television and firmly believes that entertainment is a world of wondrous adventures that deserves to be shared and explored – she invites you to join her. Please feel free to contact Tiffany at Tiffany_Vogt_2000@yahoo.com or follow her at on Twitter (@TVWatchtower)