Sobriety, cancer, and teenage pregnancy. Those were just a few of the issues tackled on season one of “Mom.”

In season two of the hit CBS sitcom (Thursdays at 8:30/7:30c), things aren’t getting any less complicated as Violet and Christy work through their strained mother-daughter relationship. In tomorrow night’s fall finale, Christy and Bonnie join Violet in therapy, and family secrets are revealed.

Earlier this week, I spoke exclusively with the 17-year-old Sadie Calvano about her role as Violet, and what it’s like to play a flawed person in a series dependent on the limitations of its characters. We also spoke about some of her favorite on-set moments, and the dream it has been to perform in front of a live studio audience. 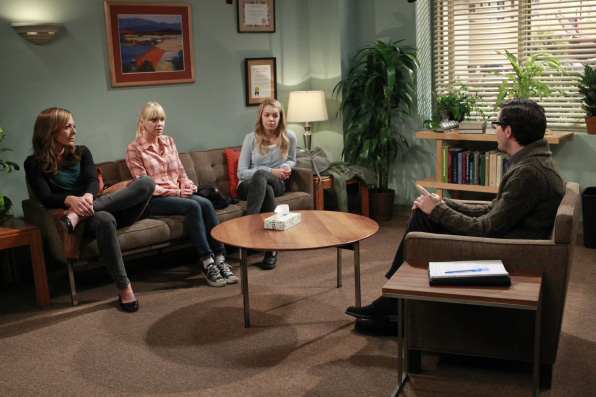 theTVaddict | Violet is often a very angry character. Do you think it stems from a fear of making the same mistakes Christy and Bonnie made?
I think to some degree, yes. I think a lot of it stems from a fear of becoming her mother. Her decisions have often been so brave, and she so consciously decides to take actions that lead [her down] a different path.

Do you think your character feels pressured to do better than her mother?
Absolutely! Whenever you have a responsibility, that’s super scary, and Violet’s had immense amounts of responsibility her entire life. Now she’s 18, and everything is becoming real, and she’s forced to answer “who am I” and “who do I want to be,” and I think those questions are terrifying for anyone.

Despite her personal demons, are you inspired by the character you portray?
Yes. Violet is extremely flawed, but I think all of us are. There are a lot of things about her that are so wonderful that I think get overlooked. For example, when Christy was a mess and falling apart, she always took care of Roscoe, and to this day always takes care of Roscoe.

At the end of the day, Violet has a really good head on her shoulders, and I think you saw that when she made the decision to give her baby up for adoption. She’s really thinking of more than just herself.

What has been most important to you about this role?
Violet’s story isn’t commonly told on a prime time sitcom. “Mom” is a comedy with super heavy drama told in a really unique way that not many shows are doing right now.

There’s a lot of things we can learn from her. You just have to pay attention.

What has been your favorite part of Violet’s journey so far?
The season finale of last season was one of those very special episodes. The moment where Violet said goodbye to the baby was something that took us all by surprise. It was super intense all week when we were rehearsing here, and then cameras started rolling and I remember being so nervous. I looked at Anna and I looked at Allison and they just kind of said “take a breath, you got this,” and all of a sudden there was a chemistry in the room that was electric, and everyone was in tears. 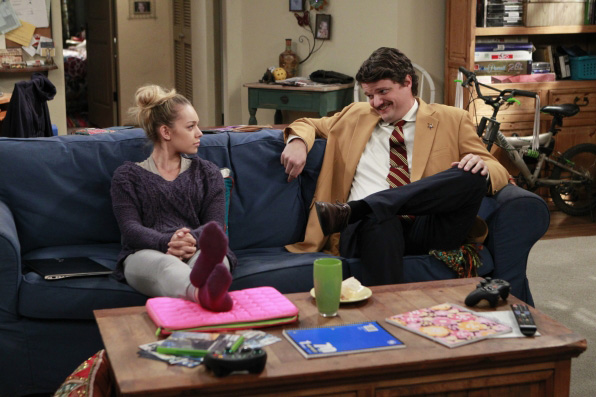 This season, most of Violet’s interactions have been with Christy and Bonnie. As a result, we really haven’t seen much of Luke. Is that relationship going to continue?
The relationship is still ongoing. You guys will find out more about Luke this season.

Besides spending more time with Luke, will Violet be interacting with any other characters we’re not used to seeing her interact with in upcoming episodes?
Matt Jones is on a lot this season, and Violet does share a couple of really great moments with [Baxter]. He’s super fun.

What has been the biggest difference between seasons one and two?
One of the things that I hope you will see this season, and that I hope we have made very clear, is that regardless of the mistakes made – and make no mistake of it, there have been a lot of them – family is family, and it is undoubtable that Violet and Christy love each other more than words. To say that Violet and Christy have issues would be an understatement, but I think it’s also very important to remember that we share so much love.

What has been your favorite part of filming in front of a live audience? So few sitcoms still do.
I started out in musical theater, so for me, this is the happiest I am. Ever. There’s a certain magic that happens when you’re performing in front of an audience that is indescribable. The energy in the room is so powerful.

Because everyone’s having fun when we’re taping, and everyone’s getting to go on this wild ride together every week, we produce work that is super fun to make, and hopefully, super fun to watch. 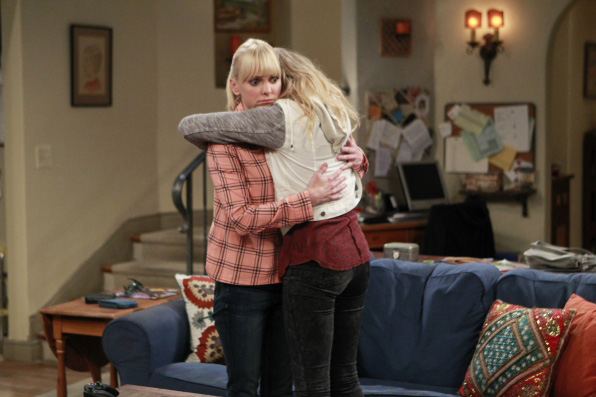 What’s the best advice you’ve gotten from co-stars Anna Faris and Allison Janney?
You work with these women who are legends, and one thing that they’ve taught me is that regardless of how many years you’ve been in this industry, and how amazing your craft is or how many awards you’ve won, everyone has to ask for help. That’s an amazing thing.

We got really lucky with “Mom.” We’ve made a nice little family for ourselves on set.

Do you have any idea where you might like to see Violet, say, two or three seasons down the line?
The writers are always keeping me on edge. I never know what’s going to happen, and I wish I could keep up, but I can’t. [Laughs] I think that, as an actor, it’s extremely fun for me to play chaos and that’s one of the amazing things about playing a part of this family. There’s always unusual elements of chaos.

Last but not least, what are your hopes for “Mom” moving forward?
I hope that we continue to get to talk about things like cancer, adoption, teenage pregnancy, and addiction in a lighthearted manor. Hopefully it encourages people to open up a conversation and start a dialogue.