Perfectly times to coincide with the news that VIKINGS Season 3 returns on Thursday February 19th, History has released a slew of new media including photos, key art, teasers and press release. See for yourself, after the jump.

With the promise of new land from the English, Ragnar leads his people to an uncertain fate on the shores of Wessex. King Ecbert (Linus Roache) has made many promises and it remains to be seen if he will keep them. But ever the restless wanderer, Ragnar is searching for something more … and he finds it in the mythical city of Paris. Rumored to be impenetrable to outside forces, Ragnar and his band of Norsemen must come together to break down its walls and cement the Vikings legend in history.

The gripping family saga of Ragnar, Rollo (Clive Standen), Lagertha (Katheryn Winnick) and Bjorn (Alexander Ludwig) continues as alliances and loyal friendships are questioned, faith is catechized and relationships are strained. VIKINGS tells the extraordinary tales of the lives and epic adventures of these warriors and portrays life in the Dark Ages, a world ruled by raiders and explorers, through the eyes of Viking society. 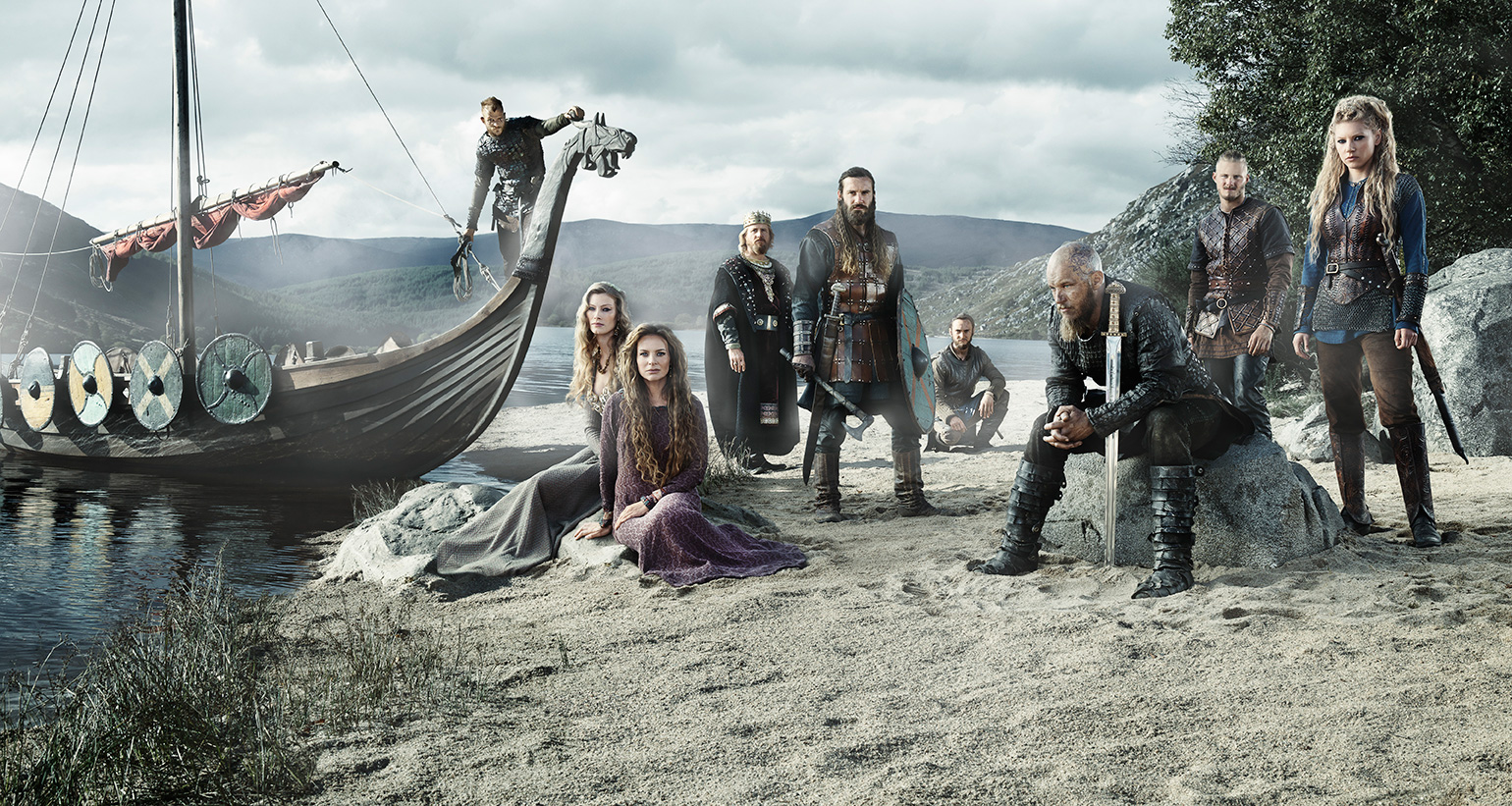 New characters introduced this season include:

· Kalf (Ben Robson) – Lagertha’s young, handsome second in command. She is fond of him and trusts him to look after her affairs while she is away, but it is possible that Kalf is more ambitious and calculating than he appears.

· Harbard (Kevin Durand) – A wanderer who turns up unexpectedly in Kattagat when Ragnar and most of the men of the town are away raiding. Harbard will have a profound effect on Queen Aslaug, Siggy and Helga, all of whom have had the same dream, presaging his arrival.

· Emperor Charles of France (Lothaire Bluteau) – A complex, troubled and powerful man who views battling the Vikings as spiritual and earthly.

· Princess Gisla (Morgane Polanski) – The daughter of Emperor Charles and a beautiful, young woman of considerable courage and resolution.

Travis Fimmel continues to lead the stellar cast as the curious warrior Ragnar, along with Katheryn Winnick as Lagertha, an Earl and fierce shield maiden; Clive Standen as Rollo, Ragnar’s impulsive brother; Alexander Ludwig as Bjorn, the intelligent and bold warrior son of Ragnar; George Blagden as Athelstan, a former monk befriended by Ragnar; Jessalyn Gilsig as Siggy, beautiful wife of the late Earl Haraldson; Linus Roache as Ecbert, King of Wessex, a man of strength, knowledge and undisguised ambition; Gustaf Skarsgard as Floki, a genius ship builder and loyal yet sometimes dangerous friend of Ragnar’s; and Alyssa Sutherland as Queen Aslaug, Ragnar’s wife.