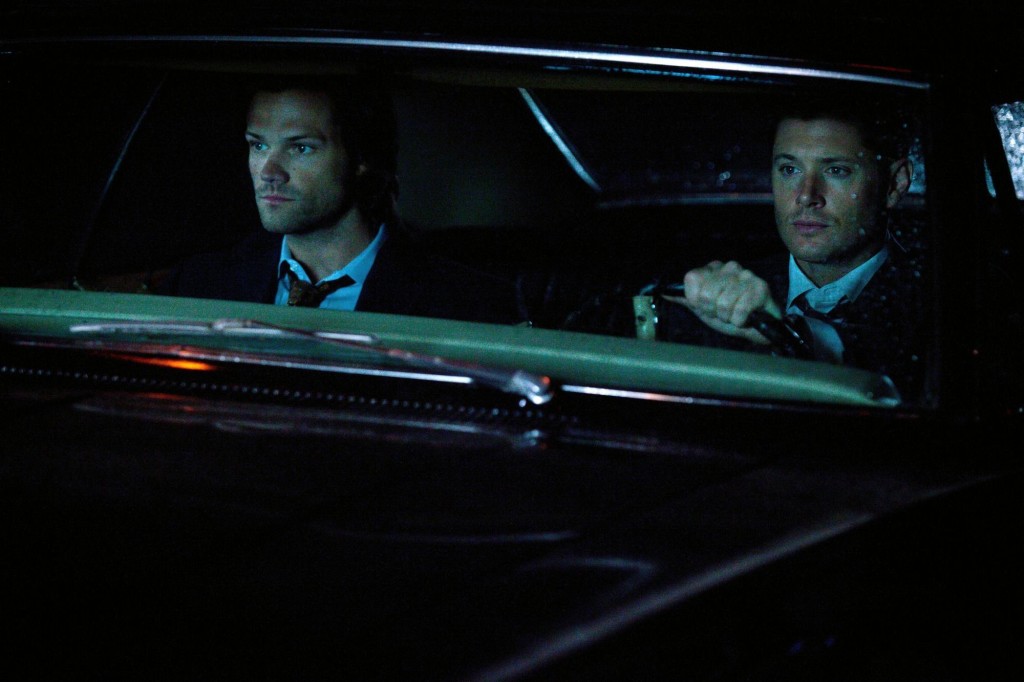 When last we left the Winchesters, Dean killed Death and unleashed an ancient evil known as Darkness unto the world, but don’t expect Season 11 of SUPERNATURAL to be entirely filled with doom and gloom. Series star Jared Padalecki dished to Entertainment Weekly about an upcoming Impala-centric episode titled “Baby”.

“It’s done in a very clever SUPERNATURAL way, mind you, but episode four is a very cool episode. It’s all about the Impala. We’ve had this third lead character for 10 seasons strong and, we’re not revealing a personality, but we see just how much a part of the Winchesters’ lives it is.”

So far the only details known about the episode are that at some point, there will be a car-wash scene. However, according to Padalecki, there are a few other classic SUPERNATURAL moments coming up. “There’s a bit of everything: the obligatory Sam-and-Dean-talk-over-the-hood-of-the-Impala, or Sam-and-Dean-talk-in-the-Impala,” he said. The episode in general though will shine a new light on the Impala’s journey throughout the series.

“You kind of see the Impala in work in all these scenes from seasons past where we haven’t necessarily known where it is or known how it got there. You just see how crucial a character it is.”

About that car-wash scene: The only thing Jared says is, “We gotta keep her clean.”

SUPERNATURAL returns Oct. 7 at 9PM on The CW.