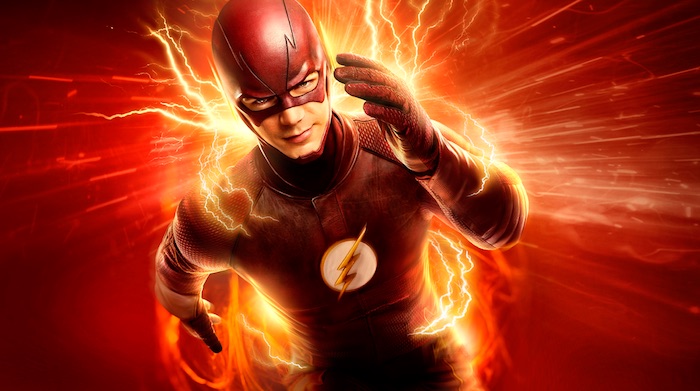 The CW’s shows will be returning the week of January 18, along with the series premiere of DC’s LEGENDS OF TOMORROW. Sam will be getting a terrible offer on SUPERNATURAL, Oliver will be going on a rampage on ARROW and Mary will be falling for someone on REIGN.

THE FLASH 2.10 “Potential Energy”: Now that they’ve grown closer, Barry (Grant Gustin) considers telling Patty (guest star Shantel VanSanten) that he is The Flash. Meanwhile, Joe (Jesse L. Martin) and Iris (Candice Patton) try to get to know Wally (Keiynan Lonsdale), and the team hunts down a meta-human who can slow time itself.

“DC Films Presents: Dawn of the Justice League”: DC FILMS PRESENTS: DAWN OF THE JUSTICE LEAGUE invites viewers behind the scenes of the exciting new movies coming out of the DC Films universe, culminating in the thrilling world premiere of the all-new trailer for “Suicide Squad.” Hosted by filmmaker/writer/lifelong comics fan Kevin Smith, with special guest DC Entertainment’s Geoff Johns, the special showcases the explosive landscape of DC’s greatest heroes, kicking off with “Batman v Superman: Dawn of Justice,” and with a sneak peek from the upcoming Wonder Woman feature film.

SUPERNATURAL 11.10 “The Devil in the Details”: Now that he has Sam (Jared Padalecki) in the cage with him, Lucifer (guest star Mark Pellegrino) offers Sam a way out but it comes with a steep price. Dean (Jensen Ackles) and Castiel (Misha Collins) look into the angel smiting that could have killed Amara (guest star Emily Swallow).

DC’S LEGENDS OF TOMORROW 1.01 “Pilot, Part 1”: In the year 2166, the immortal villain Vandal Savage (Casper Crump) is on the verge of his final victory – total chaos and the utter destruction of humanity. As the world crumbles, the Time Master Rip Hunter (Arthur Darvill) takes matters into his own hands; he travels 150 years into the past to assemble a carefully selected team of heroes and rogues to stop him. Hunter has chosen what seems like an ill-matched group: billionaire inventor Ray Palmer (Brandon Routh), who has created an exo-suit with the power to shrink him to miniscule size, as the Atom; Sara Lance (Caity Lotz), the White Canary, a trained assassin; Professor Martin Stein (Victor Garber) and Jefferson “Jax” Jackson (Franz Drameh), who together form the meta-human Firestorm; Leonard Snart (Wentworth Miller), known as Captain Cold, and his partner Mick Rory (Dominic Purcell), AKA Heat Wave, a pair of career criminals; and Kendra Saunders (Ciara Renée) and Carter Hall (Falk Hentschel) AKA Hawkgirl and Hawkman. Together this unlikely group will attempt to stop one of the most formidable villains of all time, while they must learn how to not only be a team, but heroes as well.

REIGN 3.10 “Bruises That Lie”: Mary (Adelaide Kane) struggles to resist her feelings for Gideon (Ben Geurens) as she works to align herself politically with potential allies. Elizabeth (Rachel Skarsten) and Greer (Celina Sinden) find themselves in similar heart-wrenching situations with the potential for very different outcomes. Catherine (Megan Follows) and Narcisse (Craig Parker) continue their vicious power struggle over the Regency, while Claude (Rose Williams) finds herself in the fight of her life on her wedding night. Anna Popplewell, Torrance Coombs, Charlie Carrick and Jonathan Keltz also star.