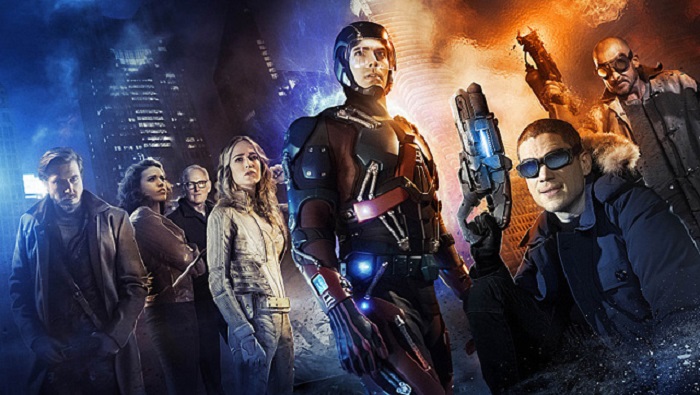 What’s coming to The CW the week of January 25? The second episode of LEGENDS OF TOMORROW, a return on THE FLASH, a Diggle vs. Shadowspire showdown on THE ARROW and much more.

CRAZY EX-GIRLFRIEND 1.09 “I’m Going to the Beach with Josh and His Friends!”: In an attempt to impress join Josh’s (Vincent Rodriguez III) friend group, Rebecca (Rachel Bloom) rents a party bus to take the group to the beach. On the trip, Rebecca learns more about her new friends than she expected and makes a surprising revelation herself. Santino Fontana, Pete Gardner, Vella Lovell and Donna Lynne Champlin also stars.

JANE THE VIRGIN 2.09 “Chapter Thirty-One”: Jane’s (Gina Rodriguez) latest parenting obstacle is sleep training Mateo, a struggle that has the Villanueva woman divided on what is the best method. At the same time, she is beginning her new job as a TA and is faced with a class full of basketball players looking for an easy A. Petra (Yael Grobglas) confesses all to Rafael (Justin Baldoni) and is determined to put her mother away for good. Rogelio’s (Jaime Camil) mother Liliana (guest star Rita Moreno) comes for a visit and reveals a 40 year old family secret. Meanwhile, Michael (Brett Dier) discovers the truth about Luisa’s (Yara Martinez) mother and new information about Rafael’s mother.

THE FLASH 2.11 “The Reverse-Flash Returns”: When Cisco (Carlos Valdes) gets a vibe of Eobard Thawne (guest star Matthew Letscher), Barry (Grant Gustin) and the team don’t believe it. But, after an attack at Mercury Labs, Christina McGee (guest star Amanda Pays) confirms that the Reverse Flash is back. Meanwhile, Iris (Candice Patton) and Francine (guest star Vanessa A. Williams) share a nice moment that brings Iris closer to her brother, Wally (Keiynan Lonsdale).

ARROW 4.11 “A.W.O.L.”: Diggle (David Ramsey) must learn to trust his brother Andy (guest star Eugene Byrd) when an enemy of their wartime past, an agent of the criminal organization Shadowspire, pays a visit to Star City. However, Diggle learns more than he bargained for about their shared time at war. Meanwhile, Oliver (Stephen Amell) has to learn a whole new way of life.

SUPERNATURAL 11.11 “Into the Mystic”: Sam (Jared Padalecki) and Dean (Jensen Ackles) investigate a case where people are suffering violent deaths after hearing a mysterious song.

DC’S Legends of Tomorrow “Pilot, Part 2”: Tipped off to Vandal Savage’s (guest star Casper Crump) whereabouts, the team infiltrates a munitions deal with Professor Stein (Victor Garber) as their leader. Surrounded by some of the toughest criminals in the world, things quickly go from bad to worse when Savage realizes they don’t belong there. A massive fight ensues and a piece of the Atom’s (Brandon Routh) suit falls off and into the wrong hands, which could potentially cause disastrous consequences in the future. Stein realizes the best way to retrieve the missing piece is to contact a brilliant man – his younger self. He, Sara (Caity Lotz) and Jax (Franz Drameh) head off in search of young Martin Stein (guest star Graeme McComb), much to Rip’s (Arthur Darvill) consternation. Meanwhile, Snart (Wentworth Miller) and Rory (Dominic Purcell) plan to steal a key element in defeating Savage but still unsure of his new teammates, Ray (Brandon Routh) demands to come along on the mission. Carter (guest star Falk Hentschel) helps Kendra (Ciara Renée) remember something vital.