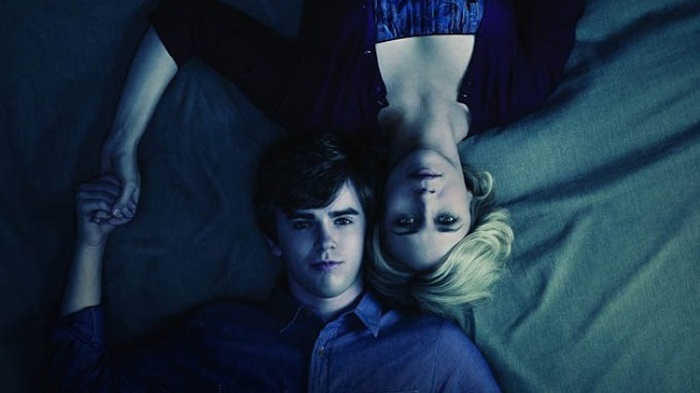 Norman Bates is missing. When Bates Motel returns for its fourth season, Norma and Dylan are desperately searching for the missing Norman. When we see him, he wakes up in a field and he’s shouting at a vision of his mother that only he can see.

When his family gets wind of his whereabouts, he’s been admitted to a psychiatric hospital. As Norma rushes to her son’s side, Dylan is heading to Portland to await the outcome of Emma’s lung transplant.

When Norma finally gets in to see the hospital’s psychiatric doctor, she admits that Norman has been having blackouts but insists there is nothing wrong with him. The doctor disagrees and tells Norma her behavior has been negligent. Frustrated, Norma is ordered to leave while the hospital takes over Norman’s care. She immediately seeks out Alec (who, believe me, has his own problems), but he can’t really help her. Instead, she tries to secure Norman a place in a beautiful psychiatric home (instead of the horrible county hospital).

In Portland, Emma’s mother Audrey shows up at the hospital. While Dylan seems interested in getting to know her, Emma’s father orders her away. She leaves the hospital, but checks in to the Bates Motel, bringing her in contact with the Bates family.

Here’s the most important thing you need to know about this new season: Norman Bates’ mental “episodes” are increasing. They’re getting worse and they’re getting stranger and we’re getting progressively closer to the Norman from the Hitchcock film.