Last year, NCIS: LOS ANGELES Executive Producer Shane Brennan announced at PaleyFest that there would be a “Granger, O.” episode, and it is finally here.

In December, THE FLASH’S Malese Jow made her first NCIS:LA appearance as Jennifer Kim aka Yujin Kyeon in a story that involved the poisoning of a North Korean spy.

It was revealed that not only was Jennifer a spy, she was the daughter of Deputy Director, Owen Granger (Miguel Ferrer).   Tonight, Granger brings Jennifer back to Los Angeles and interrogates her about North Korean espionage.

What will happen when Jennifer admits that she knows Owen is her dad?

Other secrets may come to light about the enigmatic Granger, and while we wait, here are a few things about Miguel Ferrer that many of his fans (of which I am one) may not know…

1.   Although NCIS: LOS ANGELES started in September 2009; Ferrer did not join the series until January 2012.

2.   When questioned about Granger, Ferrer described his alter ego as a complicated man, for whom social skills are not that important.  Getting the job done is what matters to Granger.

3.   Ferrer is a very talented drummer.  When he was 19, The Who’s legendary drummer, Keith Moon recruited him to play on Moon’s solo album.  Ferrer was so surprised about the phone call asking him to play that he hung up twice before being convinced that it was not a prank call.

4.   The thing about NCIS: LOS ANGELES that Miguel enjoys most is the people.  Not only do they have fun at work, but they also socialize together outside of work.

5.   He also loves the compelling writing and the way that the writers breathe life into the characters.  He would love to “ride this thing [the show] into the sunset,” and wants to be with the show as long as people want to watch it.

6.   Ferrer is from a famous family.   His father, Jose Ferrer, is the first Latino actor  to win an Academy Award in the “Best Actor” category for his work on CYRANO DE BEGERAC.  Jose also won three Tony Awards.  Miguel’s mother is famed actress and singer, Rosemary Clooney, and his first cousin in George Clooney.

7.   Neither he nor his siblings sing.  Ferrer explains, “The singing gene skipped a generation.”

9.   He discouraged his children not to go into show business because of the high rate of rejection.  He passed on some advice given to him by Oscar-nominated director, Joshua Logan, about becoming an actor, “If there’s anything that can stop you, let it.”

10.   Ferrer loves the cinema and television.  He says that some of the best work being done in the industry today is being done on TV.

11.   He says that, for him, acting is easy because it is just “pretending.”  That being said, he has a great admiration for skilled actors and is a fan of many television shows including 24, BREAKING BAD, DEXTER and HOUSE OF CARDS.

12.   The biggest misconception about Ferrer is that he is gruff because of some of the parts he has played.  His career took off when he played the villain in 1987’s ROBOCOP, about which he says, “ROBOCOP gave me my career.  It was the best summer of my life.”

13.  Besides being an accomplished film and television actor, Ferrer is a versatile voiceover actor with a huge following.  Because of his great voice, fellow NCIS: LOS ANGELES star, LL Cool J, thinks that Ferrer would make a great NCIS agent in real life because he could call the perpetrator on the phone and talk him into giving up.

14.  Far from being a villain, Ferrer is quite charming and very funny in person.  A proud dad and dog lover, he admits to crying occasionally at sad movies.

15.  Ferrer says that he is more laid back than Owen Granger.  Miguel says that Granger makes rules for everyone else, and then breaks them himself.  Granger does what he wants.

“Granger, O.” was written by Kyle Harimoto and directed by Dennis Smith.

NCIS: LOS ANGELES airs tonight beginning at 9:50 p.m. ET/PT on CBS in the U.S. and on Global TV in Canada. 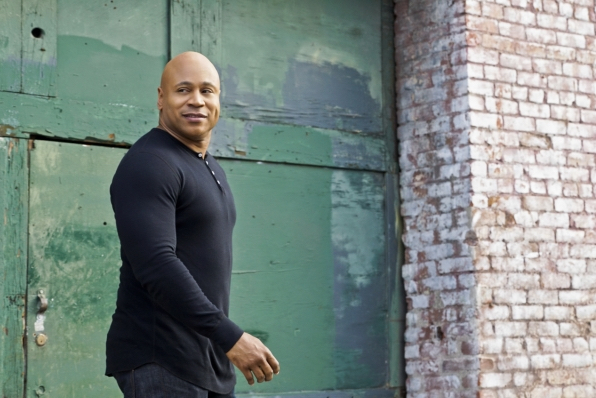 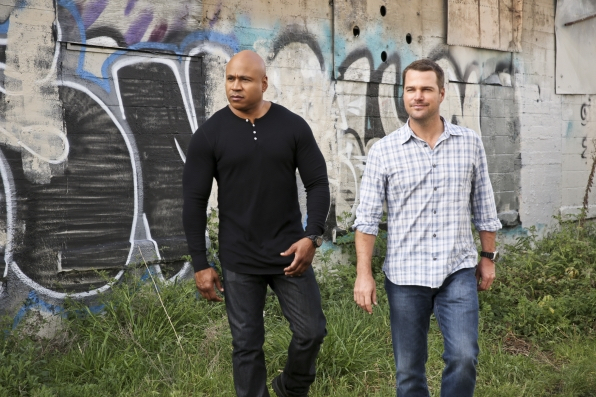 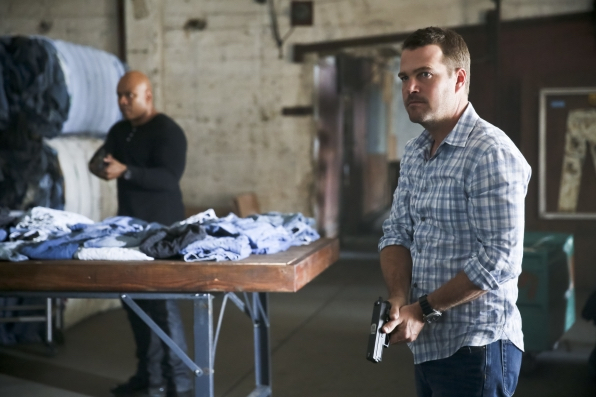 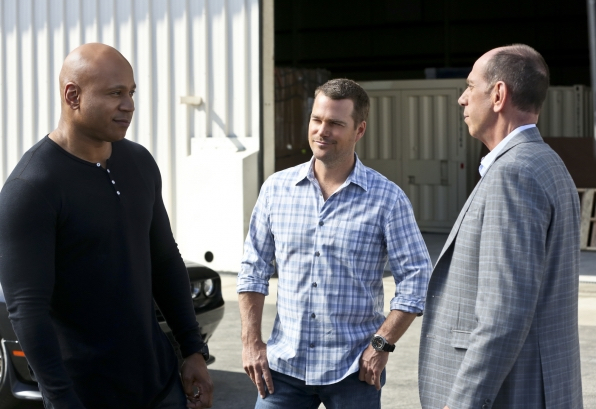 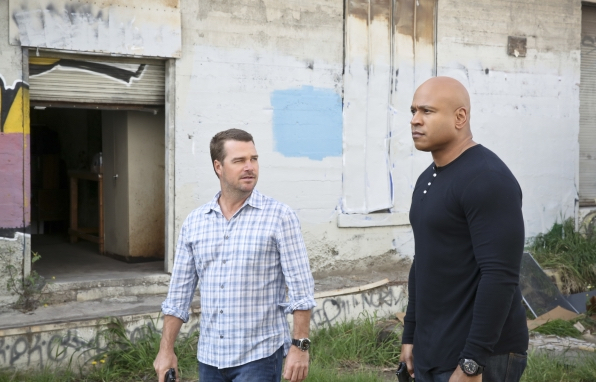