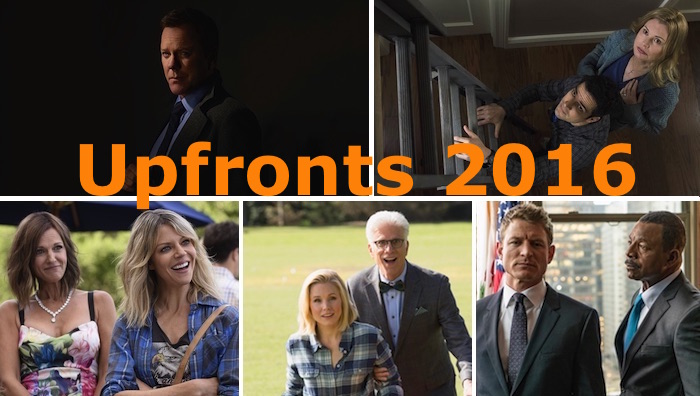 TV viewers may be focusing on season (or series) finales right now, but the networks are already looking ahead to the new 2016-2017 season. Every year towards the end of May, the network presidents head to New York and present their new fall/winter schedules to advertisers. The benefit for TV fans is that we all get a sneak peek of the new fall schedules and the new shows that have been picked up to series.

A lot of information will be coming your way from Sunday until Thursday as NBC, Fox, ABC, CBS and The CW make their Upfront presentations (in that order), so we’ve put together a handy central hub for TV Addict readers to find all of the news and trailers coming out of Upfronts Week. Want to know whether existing shows will be moving nights in the fall? Want to know if that new ABC show you’ve been hearing about looks any good? We’ve got you covered!

Without further ado, below we have included links to all of the Upfronts coverage you need to read.

Watch trailers for NBC’s new fall shows: TIMELESS, THIS IS US and THE GOOD PLACE