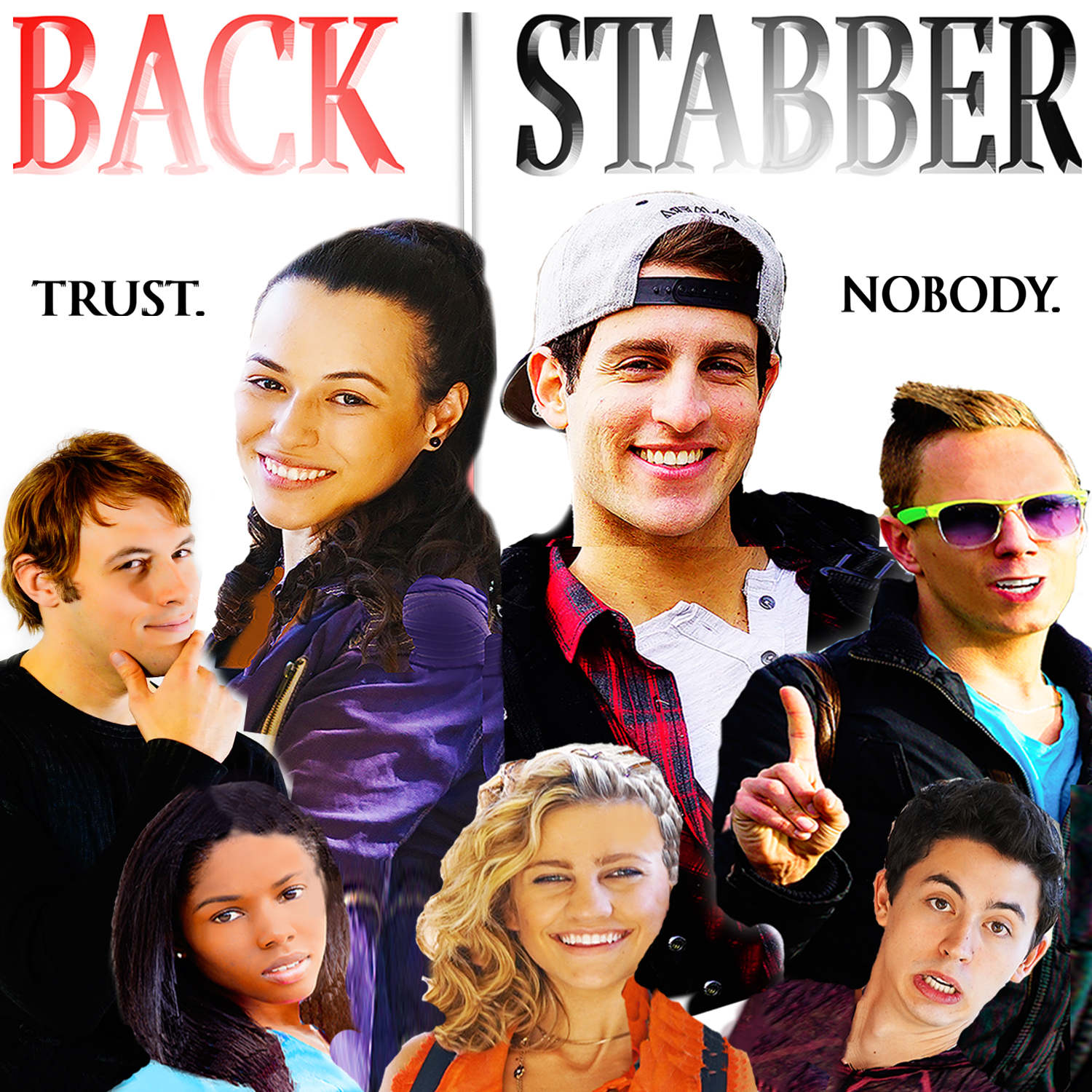 Overall, ‘Back Stabber’ is a must watch this summer; whether it’s to watch and take notes on what not to do, or to admire its core message of acceptance, the creator’s extreme dedication or it’s somewhat low budget feel to the show.

Regardless of why you watch it, you will walk away with multiple impacting messages fed to you, openly gay creator Ryan Zamo said, “I’ve always been an advocate for acceptance, equality and embracing those that are different, not just in LGBT but acceptance of race, religion, sex etc. I wrote the show around these ideals, not by throwing it in your face, but making viewers fall in love with the characters and their relationships to each other.” With the wide span of characters in ‘Back Stabber’ coming from all different walks of life, the show does successfully project the idea that we should see people for who they are, not what they are.

-Message of acceptance and embracing each other: GOOD!

In general, the plot and writing is on point, it’s down to earth and definitely follows it advertised message of acceptance, anti-bullying and embracing everyone for who they are. As the season goes on, you can tell a lot of thought went into the writing, Zamo said the biggest influence on his writing came from the NBC show ‘The Blacklist’. Being an influence on his writing, it makes sense that ‘Back Stabber’ has not stop twists, tons of drama, and some hot guys fighting. And throughout Season 1 of the new amazon show, you can see the spots inspired by The Blacklist, like its ability to tie in [what you would think are irrelevant at the time] unanswered moments in previous episodes, that turn out to be bombshell plot twists later on.

The new series was said to be created 7 years ago by Ryan Zamo in film school, and he fought to create the series because of its message and his advocacy for anti-bullying and acceptance. So last year, Zamo decided to produce the entire series himself after having no interest from anyone else to do so. And, with no budget, season 1 premiered last weekend with a final production value of less than $2,000.

However, doing every role in post-production himself, the show is a bit rough through episodes 1 and 2 [These 2 episodes combined are the original 1-hour pilot, and got split when the show decided to go half hour instead.] Like most shows, you can tell production value jumped after the pilot [now ep 1 and ep 2], Ryan said, “Again, we had no budget, and wanted it to look great! So, instead of eating for 3 weeks, we spent all of our money on nicer equipment. We used it, and returned before the 30-day policy was up. We also added additional equipment starting on episode 6… when we realized how good of an idea it was. It was rough giving it back, we loved the new equipment, but we seriously needed to switch it up from ramon noodles.”

Overall though, I realized after re-binging the full season for the second time, that if you watch it for its entertainment value you will love it. Sit back and enjoy it, if you watch it hoping to catch its flaws, you’ll pull your hair out until episode 6.

I’m glad I did my research on the show, or else I would have stopped watching after the first or second episode, which I think many who wrote reviews on Amazon did…. since their comments about low budget nightmares cannot be applied after episode 3. And lastly, it’s supporting a great cause and does have a powerful message that the world needs to hear, accept everyone and embrace the difference!