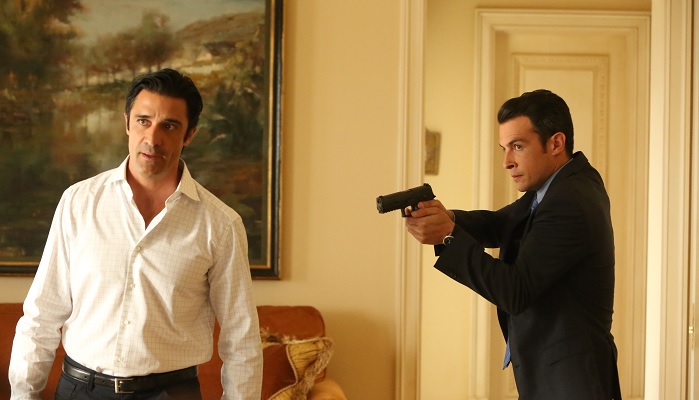 Aubrey is in heaven on this week’s BONES when the victim leads them to a jewelry heist and international nobility. The victim of the week is found in a glass recycling plant and she just so happens to have a 2 carat diamond worth $30,000 lodged in her tooth. Here’s what you can expect from this week’s episode:

Diamond Conspiracies. The diamond found on the victim — which helpfully had a serial number on it —  is actually from a dagger. A dagger that is a replica of a very famous historical weapon and is very expensive on its own. And it was recently stolen, which thrills Aubrey to no end because he’s always wanted to play cat and mouse with a jewel thief.

The De Chaussin Family and the French Authorities. Just as Hodgins discovers that the victim is from France, in walks Inspecter Rousseau to the lab. He’s been pursuing a jewel thief for a while now and he’s convinced that a Marquis (descended from Louis XIV) is both the jewel thief and the killer — and he’s the victim’s husband as well. But the FBI doesn’t really want Rousseau’s help. Instead, Aubrey jumps right into the investigation and learns that bad investments have really affected the Marquis’ family money, but it hasn’t stopped his spending habits. Did he kill his wife and steal jewels?

Related: Watch sneak peeks from “The Jewel in the Crown”

A Ghostly Visitor? Hodgins is confused by what’s happening around him at first when things start falling and moving around him. He thinks there was a tremor, but no one else in the lab feels signs of an earthquake. Later, a trash can falls over on its own and Daisy suggests that he’s being haunted. But Hodgins, for all of his belief in alien conspiracies, isn’t open to the possibility that ghosts are real. As we later learn, something much bigger is going on here.

Vision Problems. Booth thinks that his vision is blurry in the morning because he had a few too many beers the night before, but Brennan points out that booze doesn’t work like that and thinks he should call an eye doctor. Booth resists all of her claims that something could be wrong. After all, he’s had perfect vision his whole life, which is what allowed him to be an expert marksman. But Aubrey pushes him when Booth’s condition worsens and it leads to Booth in a pair of glasses (see below!) 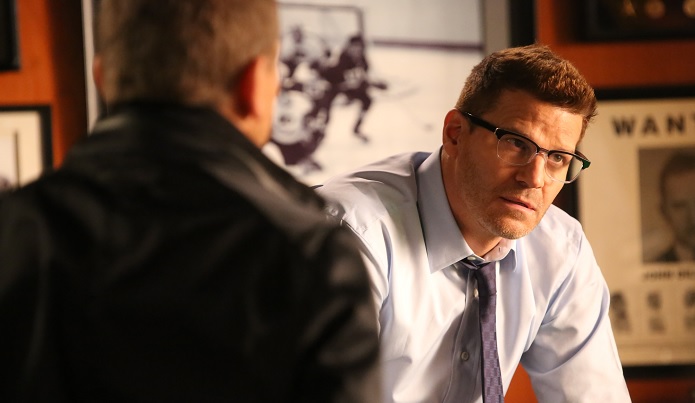