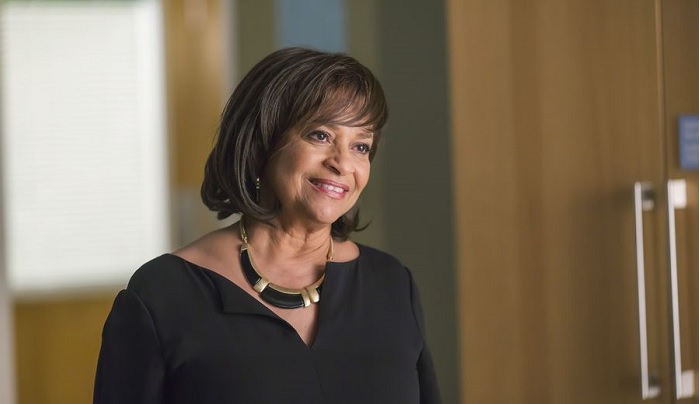 When you’re stepping on another person’s legacy, and that person happens to be highly regarded and respected, you’re bound to have a difficult time earning the trust and respect of your peers. Eliza Minnick knows this better than anyone right now as she’s in the middle of a feud with Webber — one that seems to be continuing on tonight’s all-new episode of GREY’S ANATOMY when Catherine Avery returns. Will she put a halt to the feud or add more ammo to the fire?

The feud between Webber-Bailey-Minnick has forced the doctors at Grey-Sloan Memorial Hospital to choose where their loyalties lie. In the sneak peek below, April’s curiosity gets the better of her when she asks Catherine about the situation with Richard and whether she had returned to put a “halt” to everything that had been going on between the three. In a not-so-surprising manner, April is quickly dismissed and told to do her job. And here’s what everyone is thinking: It’s okay for Catherine to meddle into April’s marriage but it’s not okay for April to ask about hers? Where’s the fairness in that?

Meanwhile, Maggie gets a surprise visit from her mother at the hospital. Bailey has to make a decision when one of the attendings refuses to work with Eliza, and Stephanie gets caught up in Owen and Amelia’s personal drama.