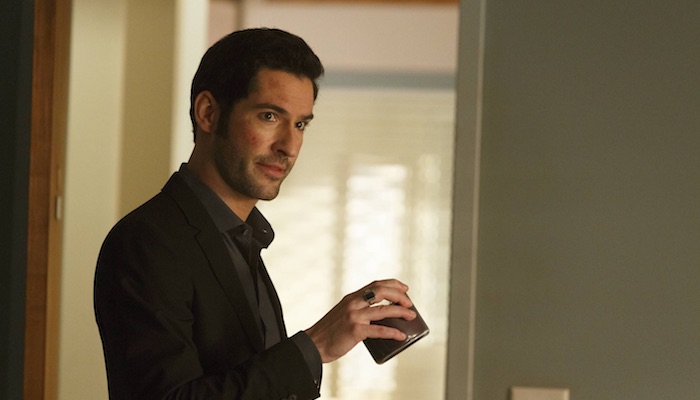 You can’t keep a good devil down. Today Fox officially announced a season 3 renewal for LUCIFER. The third season will consist of 22 episodes.

“LUCIFER is one of those rare shows that starts strong out of the gate, and just keeps getting better and better,” said David Madden, President, Entertainment, Fox Broadcasting Company. “Tom, Lauren and the entire cast have really made these characters three-dimensional, and the production team – Jerry, Len, Jonathan, Joe and Ildy – is one of the best in the business. We’d also like to thank our partners Warner Bros. for their commitment to this show and we look forward to seeing where this wildly innovative series takes us in Season Three.”

Meanwhile, LUCIFER is currently on hiatus until the spring return on Monday, May 1 (9:00-10:00 PM ET/PT). In that episode, Lucifer (Tom Ellis) has gone off the grid and cut off all contact from his family and the police department, following Chloe’s (Lauren German) near-death. But the murder of an up-and-coming guitarist causes him to resurface – with a new mystery woman. Meanwhile, Lucifer’s mom (Tricia Helfer) realizes she may have found a way to finally get them back to Heaven.