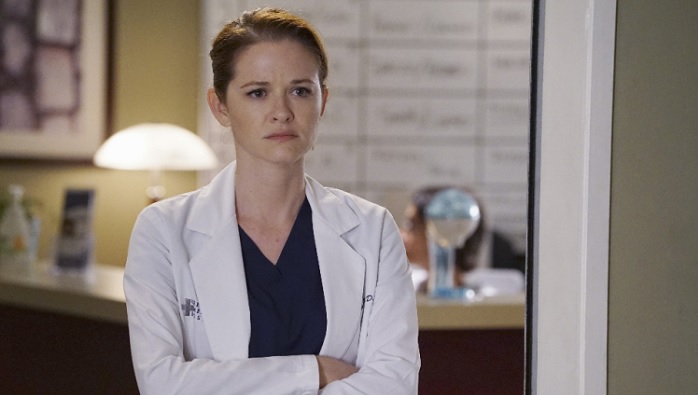 Tensions couldn’t be higher on tonight’s all new episode of GREY’S ANATOMY when April is appointed the new interim Chief of General Surgery — a replacement for Meredith after being suspended by Bailey.

In the sneak peak below, April lets Webber know that Warren will be the head surgeon on an operation that was Webber’s to begin with. Arizona, whilst listening in, is clearly annoyed and upset about this new situation. However, April’s facial expressions and tone of voice make it quite clear that she does not want to be doing this. It’s easier to push away someone you don’t know or have a relationship with, but when the person enforcing the change is someone you’ve known for a long time — as it is in April’s case versus Webber and the attendings — that becomes more difficult for all sides.

Meanwhile, the residents are excited for Eliza’s next phase of teaching, but they spend the day caught between the warring attendings.