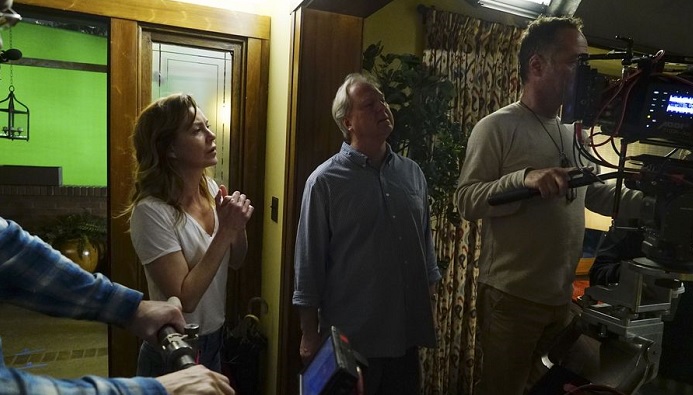 Last week’s episode brought us to tears when Maggie found out that her mother was not seeking the breast augmentation she claimed. Her diagnosis was much worse — it was breast cancer. Tonight’s highly anticipated episode of GREY’S ANATOMY will have Maggie and Meredith at a crossroads as each has different opinions over Diane’s next medical course of treatment.

In the sneak peek below, Meredith and Maggie explain to Diane that the cancer has spread down to her liver. With both of them having alternative viewpoints and considering the gravity of the news to Diane, Meredith wants her to sleep on it before making any decision. However, Maggie has made up her mind to remove it with the hope of suppressing the amount of pain her mother has endured.

Diane, seeing how strongly Maggie wants to tackle the tumor, seems to agree with her daughter’s suggestion. Because Meredith’s professional opinion was to not remove the cancer — and because she sees how the clinical trial Maggie pushed for is deteriorating Diane’s health — Meredith tries to talk her half-sister out of causing her mother any more pain. Maggie lets her know that she’s not giving up on her mother. Actually, as she so bluntly says to Meredith, it’s her that’s throwing Diane “mother down the drain” by giving up.