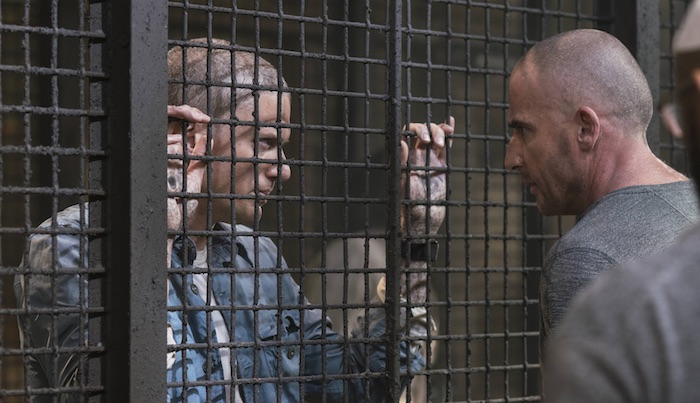 After announcing their 2017-2018 primetime schedule, Fox’s Co-Chairmen and CEOs, Dana Walden and Gary Newman, spoke to journalists about their new schedule and the fate of some of their event series, as well as AMERICAN IDOL’s move to ABC.

A new season of PRISON BREAK is currently airing on the network and while the show has been left off the fall 2017 schedule, there is a chance it could return one day in the future. Executive Producer Paul Scheuring had come to Fox with the idea for the 2017 season, which led to the event series. Walden said that they have no intention of bringing back PRISON BREAK every season because they want to make it special, but if Scheuring came to them with the idea for another season they would absolutely consider it.

The future of 24: LEGACY is also up in the air. They believe that star Corey Hawkins did a great job of taking over the lead role in 24, but he’s currently starring on Broadway and his schedule would never have allowed him to return for the fall season. The network also really had no intention of doing consecutive new seasons of 24: LEGACY, Walden said. However, Newman said that they have every intention of discussing the future of 24 when they return to Los Angeles after Upfronts and there is a chance the show could return in the future.

The fate of a few other pilots, including Lauren Graham’s LINDA FROM HR, is also still left up in the air, with the Fox Chairman reiterating that they had a lot of strong pilots and will be having further discussions about the future of these shows when they return to Los Angeles.

As for the fate of SCREAM QUEENS, Newman reiterated that the show was an anthology series and Ryan Murphy had told the story he wanted to tell and they had no plans to continue with the show, which effectively means it’s cancelled.

There was also the news recently that AMERICAN IDOL would be moving to ABC next season. Given the long run of the show on Fox and the fact that AMERICAN IDOL is so closely associated with the network’s brand, the question of how Walden and Newman felt about the news came up. Walden did say she felt kind of bad that the show was moving to another network, but they had undergone a complicated process to figure out whether they should be bringing the show back. While the ratings had increased a bit in the “final season” on Fox, the truth is that the ratings in the previous 4 years had dropped about 70%. The network was losing money on the production deal and wanted some trims to the show, but AMERICAN IDOL’s production company, FremantleMedia, wasn’t interested in trimming the budget or securing a new judges panel. They were also interested in getting it back on the air as soon as possible.

Fox was given the option to bring the show back, but they had billed the final season as the end and didn’t want to deceive their viewers by bringing the show back so soon, especially when their own research showed that it was simply too early to do so. They had originally considered bringing IDOL back in 2020, but Fremantle wanted it back on the air earlier, which is why it will be airing soon on ABC.