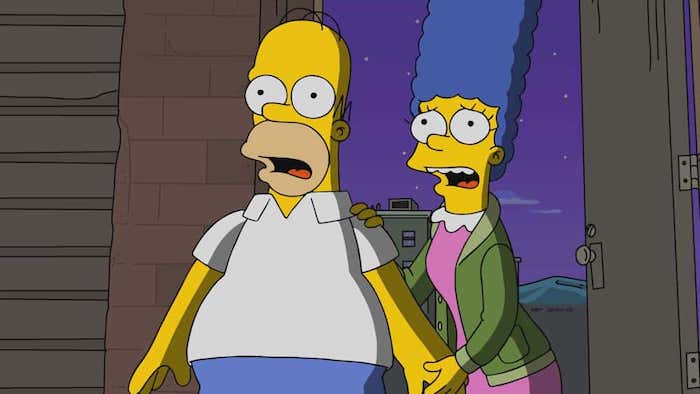 During the animation panels at San Diego Comic-Con, fans in Ballroom 20 got a peek at next season of THE SIMPSONS and FAMILY GUY.

THE SIMPSONS released a clip from “Treehouse of Horror XXIX”. The new season will premiere on September 30 on Fox. Guest stars for the new season will include Gal Gadot, Patti Lupone, Emily Deschanel, Jon Lovitz, Guillermo del Toro, Netflix’s Ted Sarandos and many more well-known actors.

Meanwhile, clips for the new season of FAMILY GUY have also been released. The season 17 guest list will include: Patrick Stewart, Kyrie Irving, Johnny Weir, Tara Lipinski, Bryan Cranston, Niecy Nash, Mandy Moore (Quagmire’s biological daughter), Sarah Paulson (who will play Peter’s ex-wife) and Sam Elliot. We’ll also see new characters for next season, including new bosses for Peter at the Brewery. The season premiere — which is part 1 of a two-part episode — finds Brian getting married and “it’s such a fun story with so many twists and turns”, according to Steve Callaghan. The upcoming season will also feature a tribute to Adam West, who voiced the Mayor of Quahog (the show renamed the high school “Adam West High”).