The build up to the new Formula One season has officially started. The teaser for the latest Formula One: Drive to Survive series, due for release on 19th March, has been unveiled and fans of the sport and television alike will be excited to see Netflix’s latest spin on what was a quite astonishing season for many reasons. Firstly because we witnessed Lewis Hamilton draw level with the great Michael Schumacher on seven World Championships. But the fact he was able to achieve that at all in a year when the coronavirus pandemic reaped havoc through the world is itself quite astonishing.

We were treated to a reduced seventeen race season with double headers in the season opener in Austria as well as in Great Britain and Bahrain to go with three separate trips to Italy amongst returns to Portimão, Portugal, the Nürburgring, Germany and Istanbul, Turkey. Feel jam-packed? That was the season, incredibly completed between 5th July and 13th December. This feat in itself deserves a round of applause for all involved in the organisation and execution of the 2020 season, all so that fans like us had hybrid-fuelled fun to enjoy at weekends.

But what can we expect from the series? We already know from the first two seasons that we are going to be treated to behind-the-scenes access for what is usually unchartered territory for non-team, non-VIP personnel. We are sure to have mind-blowing slow-motion action clips to remind us of the beauty of the sport while epic crashes will highlight the danger each driver puts themselves in whenever they drop into the cockpit. But perhaps above all, we are given the emotion of the sport. 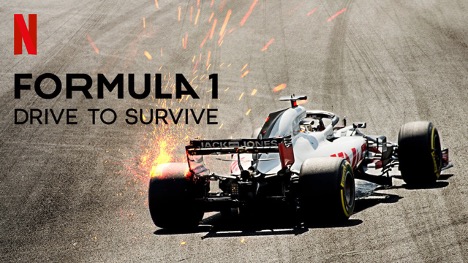 Draped in the backdrop of the global pandemic, there were still hard points to be won out on the track as well as internal battles between team members. Mercedes AMG Petronas were, and still are the dominant force in the sport but behind them, a stuttering Ferrari slipped into an increasingly tighter midfield battle, where no-one ever knew who would come out on top. Odds at betting24.dk would have constantly been changing, especially when Racing Point picked up their points penalty for illegal brake ducts. The 2020 season also saw a raft of driver movement and many will want to see what really happened behind closed doors. Drivers were also hoping to leave the sport in a blaze of glory and announcements were made for new incoming drivers to freshen up the driver line up in 2021.

The trailer is voiced with Zak Brown claiming he “has no idea what’s going to happen” along with clips of drivers training and Carlos Sainz and Ferrari mechanics at the Italian Grand Prix in Monza. A shot of Sebastian Vettel at the Australian Grand Prix that never happened is included which is perhaps a little teaser into his mini storyline. With so much going on in 2020, in and out of the sport, the third season of Drive to Survive is sure to thrill us as we recap one of the most thrilling, extraordinary years in F1 history.