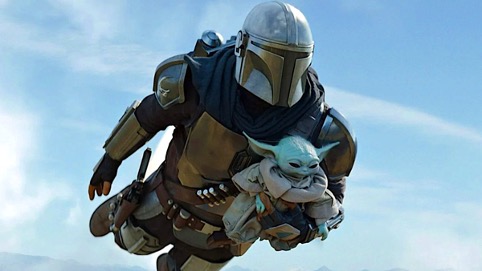 The variety of streaming platforms we can now access in the modern-day is quite spectacular when you really think about it. From the likes of Netflix to Amazon Prime, we certainly aren’t short on options. One of the newer, more attractive platforms to some is Disney+ with its vast offering of television shows from a wide variety of genres.

A growing platform with many subscribers already behind it, Disney+ started fairly slow but has gathered real momentum of late. The platform looks slick too, working on smartphone devices particularly well. It certainly enables Disney+ to reach larger audiences as a result, with smartphone users capable of booking holidays or sampling the latest games at an ecoPayz online casino before settling back down into the array of shows the platform has on offer. These days, users can entertain themselves with classics like The Simpsons to popular creations like the X-Men animated series. There is a lot more to choose from, too.

With that in mind, here is a look at some of the TV shows worth watching on Disney+ at the moment.

The Falcon and the Winter Soldier

One for Marvel fans among us, The Falcon and the Winter Soldier follows the aftermath of the epic ending to Avengers: Endgame as the world looks to recover from Thanos’ actions. How will Sam cope with taking up the mantle of Captain America? With shedloads of villains and the type of action you’d expect from a Marvel release, The Falcon and the Winter Soldier is unmissable.

Made by Iron Man director Jon Favreau, The Mandalorian is another massive show well worth sampling on the platform. One for fans of Star Wars, the show has received rave reviews as Baby Yoda enters the fore. Following the story of a titular bounty hunter, The Mandalorian serves up some excellent new Star Wars stories which will keep you gripped from the beginning to the end. An all-around cool movie with stunning effects throughout, The Mandalorian is a brilliant watch.

A beautifully made documentary providing a real insight into the American computer animation studio known for its critically and commercially successful feature films, Inside Pixar focuses on a different member of the Pixar animation team in each episode. An interesting watch, particular for fans of Pixar movies such as Toy Story, Inside Pixar is a documentary worth tucking into.

Another show which should appeal to fans of Marvel, WandaVision is another spin-off series to the Avengers. With a variety of strange goings-on in WestView where WandaVision and her family are now settled, this strange and truly unique show grips you from the very beginning. It does take a while to get going before Wanda is forced to take action alongside her love Vision. The ending certainly won’t let you down either.

A truly iconic cartoon from 1996, The Incredible Hulk might have only lasted for two seasons but it left a lasting impression on the community of fans who adore him. Starting with Bruce Banner trying to escape from General Ross, this constantly evolving series offers up the mayhem we all know and love, alongside a number of familiar characters. The likes of Doctor Strange, Thor, and Iron Man appear in this all-action series.

A hugely popular show from 1997, Recess is now available on Disney+. Featuring a gang of unusual fourth-graders, Recess follows their journey as they aim to adapt to life in the school playground. The characters are likeable, the animation is excellent, and the show captures the essence of growing up in school beautifully.