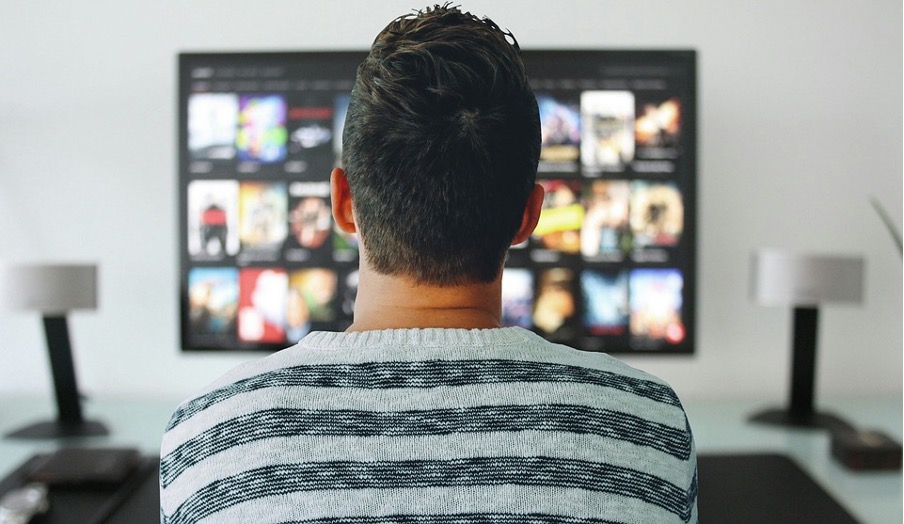 The world of finance is one that interests many people from all over the world. Images of people in sharp suits making billion-dollar decisions while walking through New York, eating a bagel, and drinking a coffee is one that inspires awe and jealousy in equal measure. As such, it’s been a popular topic for Hollywood and TV producers since film and TV began. If you’re looking for a new finance-related show to binge, we’ve got just the thing for you – we’ve collected the top 4 finance movies/TV shows on Netflix right now, to help you in your search.

Having recently been renewed for its fifth season by Showtime, the hit TV show Billions is a fascinating look into the world of venture capital. Following the day-to-day life of hedge fund CEO Bobby Axelrod (Damian Lewis) and his run-ins with District Attorney Chuck Rhoades (Paul Giamatti), Billions is a high-octane thriller that showcases the good and the ugly side of the finance world. Both Axelrod and Rhoades are compelling characters, and depending on your personal opinions on the ethicality of billionaires, it’s easy to find yourself rooting for either side. With a terrific support cast on both sides of the divide (including Maggie Siff, Corey Stoll, and Asia Kate Dillon), this show is well worth a watch for anyone who is interested in the financial world.

For those who are looking for a breakdown of monetary concepts rather than a dramatization of the financial world, “Money, Explained” has you covered. A fast-paced, light-toned documentary series released by Netflix in 2021, each episode explains a financial topic with animations, interviews with finance experts, and a clever narrative to keep you interested throughout. With celebrity narrators including Tiffany Haddish, Edie Falco, Bobby Cannavale, and others, “Money, Explained” will have no trouble keeping your attention even when covering the more mundane financial topics. Whether you’re already a financial expert or a novice trying to find your feet in this confusing world, there will be something for you to learn from each episode. With a short run time of 20 minutes per episode, these are perfect bite-size episodes for you to watch while on your lunch break.

The Pursuit of Happyness

This 2006 film starring Will Smith and his son Jaden, follows the story of Chris the salesman (Will Smith) who was scammed into spending his family’s life savings on some advanced medical equipment. This risky investment erodes the relationship between Chris and his wife Lina (Thandiwe Newton) who separates from him, leaving Chris with no money and few prospects. Inspired by a true story, we see Chris befriend Jay Twistle (Brian Howe) who offers Chris an unpaid internship as a stockbroker. We see the world of finance from the very bottom and see the struggles that the foot soldiers on the ground go through in an attempt to make it to the top and make a better life for their families. Nominated for Best Actor at the Oscars and the Golden Globes, Smith puts in a fantastic performance that truly encapsulates the struggles of the average American who will do anything to provide for their child.

For those who are still struggling to understand what happened during the 2008 financial meltdown, the critically acclaimed The Big Short is here to provide an explanation. With an all-star cast including Brad Pitt, Christian Bale, Steve Carrell, and Ryan Gosling, The Big Short follows the stories of the people who could see this crash coming before anyone else could. Coupled with celebrity narrations, it clearly breaks down complex financial terms so they’re easy to understand for the average viewer. Following the movie, you quickly see how the banks treated the housing market as one big gamble. If you want to feel that rush of gambling and take a break from all the financial mumbo-jumbo, there are plenty of online casinos available whether you’re in New Zealand or the US. These sites have fantastic welcome bonuses that mean you don’t have to risk your own money to play and potentially win big. There is also a range of quality games on offer including online slots and blackjack. With over 100 quality casinos to choose from, it’s important to read casino reviews in order to find the one that’s right for you. Whilst gambling is fun, you may not want to take as big a gamble as Michael Burry (Christian Bale) did in The Big Short!

So there you have it, that was a rundown of our top 4 finance movies/TV shows on Netflix right now. There are more being added all the time, so make sure to be on the lookout for the next show to be added!