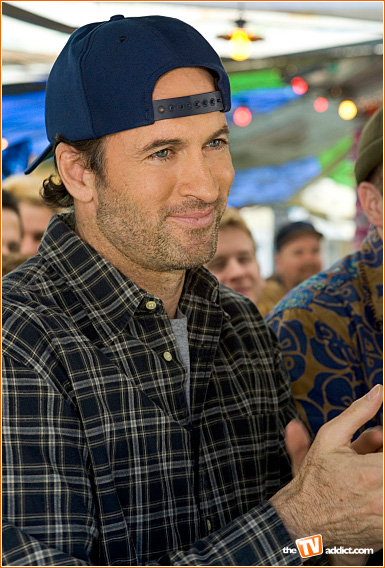 What do Patrick Breen, Merrin Dungey, Mae Whitman, Brett Cullen, and pretty much the entire original cast of CBS’ MOONLIGHT have in common? They’re all out of a job come Fall 2007. Turns out, when the networks send out fall TV pilots with the cautionary disclaimer notice that, “these are just presentation pilots and many things can and will change between now and September,” they’re not joking.

Starting off with the most shocking news first. The Hollyood Reporter is reporting this morning that Patrick Breen, who plays the very funny dad in CW’s sure-fire comedy hit ALIENS IN AMERICA has been replaced by none other than GILMORE GIRLS Scott Patterson. Frankly, this move comes as quite a surprise to this TV Addict as I thought ALIENS IN AMERICA was one of the fall’s most promising new pilots and needed absolutely zero tinkering. Add to that, the fact that who’d have guessed that ‘Luke’ would be the first Stars Hollow denizen to find a regular TV gig so soon after GILMORE GIRLS ended.

Falling in the ‘not-at-all-surprising’ category is the news that Mae Whitman’s deaf sister has been jettisoned from the BIONIC WOMAN pilot. Not only did we not see the point of Jaime Sommers having a sister to save each and every week, it didn’t make sense that she was deaf. As if having to deal with the loss of two legs, an arm and an eye while at the same time being on the run from a top-secret government agency was not enough to deal with.

Less surprising, but upsetting nonetheless was the recent announcement that everybody’s favorite fem-bot, Merrin Dungey (Francie on ALIAS) was being replaced by Broadway star Audra McDonald as Kate Walsh’s best friend on the GREY’S ANATOMY spin-off PRIVATE PRACTICE. Sure the two didn’t exactly click in the pilot, but wasn’t that the least of PRIVATE PRACTICE’S problems?

Finally, Brett Cullen has been replaced by D.B. Moffat on the CW’s LIFE IS WILD. And while we feel bad for Mr. Cullen — having seen the pilot of LIFE IS WILD — we can pretty much assure him that he only lost about nine weeks of work.