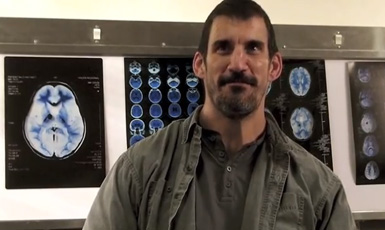 It’s a simple play on words, but it is surely no coincidence that WWE wrestler Robert Maillet was cast in role known simply as “Heavy” for HAVEN.  Robert has in recent years played a number of villainous characters on the big screen and small screen, including the feature films “300”, “Sherlock Holmes,” “Immortals,” and more recently “Pacific Rim” and “Mortal Instruments: City of Bones” as well as the television series ONCE UPON A TIME and MERLIN.

Robert is the first to admit that he loves playing bad guys and villains.  He gets a mischievous glint in his eye as he admits it, but anyone that has spent any time around Robert knows that he is a gentle, loving man.  It is his strong physique that commands attention and it can be seen as either daunting and dangerous or for those who see that sparkle in his eye, they know there’s an element of humor in his roles too.

He was ecstatic to join HAVEN this season as Heavy and to reunite with his WWE buddy Adam Copeland.  It was a fun reunion for both and surely if we are lucky, we will catch a glimpse or two of them on screen together as Dwight and Heavy — though maybe from opposite sides if Heavy is as dark a character as suspected.

To hear a little bit from Robert about working on HAVEN, be sure to check out this video interview:

And tune in for all new episodes of HAVEN on Friday nights at 10:00 p.m. on Syfy! #DiscoverHaven