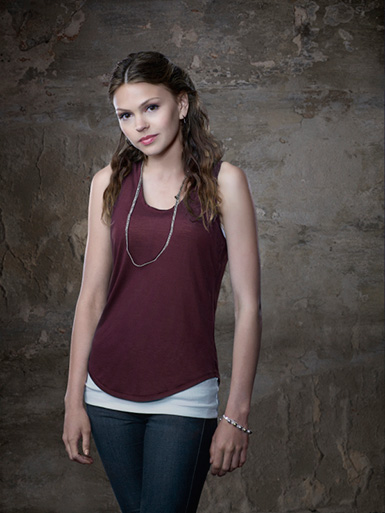 In a tale as classic as love found amongst the stars, the CW drama STAR-CROSSED introduces the story of a young girl who falls for a young alien boy. Meeting one’s soulmate from across the universe is enough to sweep any girl off her feet, but when the entire human race seems against welcoming the aliens who have crash landed on their planet, it makes falling in love all that much harder. STAR-CROSSED’s young lovers Emery (Aimee Teegarden) and Roman (Matt Lanter) will try to carve out time for their budding romance, but with hostility brewing amongst human and alien factions, the story of Emery and Roman will be laced with much inter-species tension and how they struggle to help each side see the better qualities in the other. The aliens, known as Atrians, are not all to be feared and viewed with suspicion, as they have many wonderful qualities and abilities that humans should embrace. But the Atrians are wary of letting the humans know about their special abilities out of fear that they would be exploited, instead of welcomed as equals.

In an exclusive interview from the set, star Aimee Teegarden talked about her character Emery’s mindset and her desire to see where a relationship with Roman may go, and how Emery’s best friend Julia (Malese Jow) feels about the mysterious Atrians that may hold a miracle cure to her deadly disease.

Given Emery’s own history with a life-threatening illness, which she just recently conquered, Emery has an awakened sense of wanting to life her live to the fullest. She has been waiting so long to experience life as a 16 year old. So as she steps into high school life, it is her point of view through which viewers see. We see her excitement at being a part of the diverse social scene, to welcoming the Atrians and to exploring parts of the world she has never seen before. But at Emery’s tender age, she has not yet felt the full weight of hatred and prejudice. She does not fear the Atrians and it seems unfathomable to her that anyone should. She is a tenacious supporter of Atrian/human integration and is the first to welcome them with open arms and stand up for them having equal rights in school functions. It only her warm welcoming and open understanding could be experienced by all.

Alas, Emery’s naïve belief in the goodness of her fellow humans and what they are willing to tolerate and accept shall be tested time and time again. As Aimee noted, Emery does not initially think of the repercussions of pursuing a romance with an alien boy, she just follows her heart. In her heart and mind, it is like destiny for them to be together. Aimee also admires how timeless Emery and Roman’s love is – falling for someone who does not necessarily line-up with your world, and despite all the factors and people fighting to keep them apart, the belief that their love will conquer all.

Fortunately, Emery’s best friend Julia is an Atrian enthusiast. But that only makes it harder for Emery to see that others are not as excited about welcoming the Atrians into their lives as they are. Emery has such a big heart that she will willingly step up and try to intervene and protect both her friends and the Atrians however she can; and this unfortunately, puts her frequently in the wrong place at the wrong time.

So, as Aimee foreshadows, look for Emery’s journey to involve a lot of learning, drama, and speaking her mind. Emery’s eagerness to get involved in other people’s lives and business shall lead to all sorts of conflict, but she has a good heart and it is in the right place and with a little luck and perseverance, she may win over a few hearts and minds in the process.

Plus, the undeniable spark between Emery and Roman cannot be denied. Surely that will spark something good between the humans and Atrians. Maybe their love will conquer all.

To see the remarkable and romantic tale of Emery and Roman, be sure to tune in for the premiere of STAR-CROSSED on Monday, February 17th at 8:00 p.m. on the CW. You can read more about STAR-CROSSED here: STAR-CROSSED Scoop: Introducing An Alien Tale of Forbidden Romance, Forced Integration, and How Its Story Differs from ROSWELL.