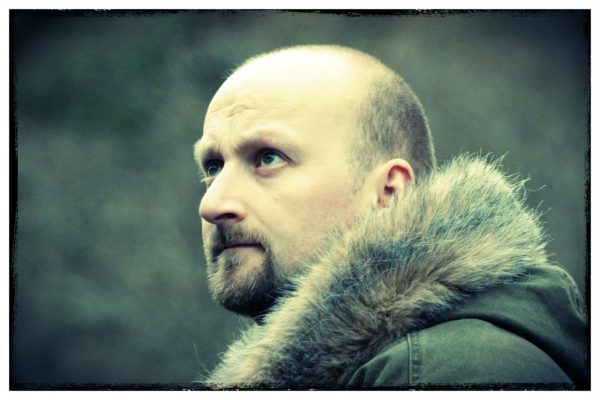 Neil Marshall is the director behind Emmy nominated episodes of GAME OF THRONES, Soulmate a horror film written by his wife Axelle Carolyn, and now he is tackling the new Hellblazer inspired NBC show, CONSTANTINE. I caught up with the extremely talented director about working on GOT, what about CONSTANTINE stood out to him, and what we can look forward to in tonight’s premiere.

You were nominated for an Emmy for directing GOT, how was that whole experience? How was your time on the set of GOT?
Neil Marshall: The Emmy nomination for Game of Thrones was a very pleasant surprise! It’s always nice to be acknowledged for the work you do but this was really something special. I was certainly a little daunted by the whole experience. I’ve never been to an awards show quite like that before. I was incredibly nervous about the prospect of winning and having to go up on stage, so much so that when I didn’t win I felt almost relieved. The disappointment didn’t set in until the next morning, hah! But seriously, I was up against some amazing directors and their brilliant work, so just to be counted amongst such esteemed company is awesome enough!

As for my experience on set, the GAME OF THRONES team is fantastic. They are such an incredible group of creative and talented people. It’s always a pleasure to go there. David and Dan, the show runners, really like to collaborate with their directors so I had a lot of input, especially in the action sequences and the various beats of the battle. It’s certainly a tough shoot, 3 weeks of night shooting, usually in the pouring rain. But the cast, the crew, the extras, all muck in and get the job done. It’s a privilege to be a part of it.

What about the Constantine pilot stood out to you? What made you want to be a part of it?
There were several reasons I wanted to get involved with this, from the quality of the script to the people involved, but the main one was to finally put on screen a version of Constantine faithful to the source material. To make him British, and blonde, as written and drawn over the past 30 years was very important to me. Another element that made it so appealing to me was that David Goyer and Daniel Cerone made it clear they wanted this to be a scary TV show. Well, I just couldn’t resist the opportunity to terrify an audience!

Where you a fan of the Hellblazer comic books before signing on to direct the pilot?
I really discovered John Constantine in the wake of the feature film coming out, and hearing the fans dissent over making Constantine both American and black haired. I was intrigued to know there was a British comic character out there and the more I read about him the more he intrigued me. He’s a complicated fellow, that’s for sure!

What can you tell us about Constantine? What will we get to see in the pilot?
Constantine is going to be a dynamic, fun and scary show. Constantine himself is such an engaging character, you never know for sure if he’s entirely on the side of good or evil. He’s flawed, tragic, passionate and hilarious. He rocks, and I for one can’t wait to see what further adventures and terrifying predicaments he’ll get himself into. It’s a dark and twisted world he inhabits and we have a love lot of fun exploring it with him.

What can you tell us about your new film Soulmate?
Soulmate is my first movie as producer. It’s written and directed by my wife Axelle Carolyn. She’s as much if not more of a horror fanatic as me. Soulmate is a gothic romance, a ghost story with a novel and original twist. It’s a beautiful, haunting movie that I’m so proud to be a part of. It was recently released in the UK and comes out on DVD in the US on October 28th.

What other projects can we look forward to from you?
Not sure. Always have to have several plates spinning at once!

You can watch the premiere of CONSTANTINE tonight at 10:00 on NBC (Global in Canada).