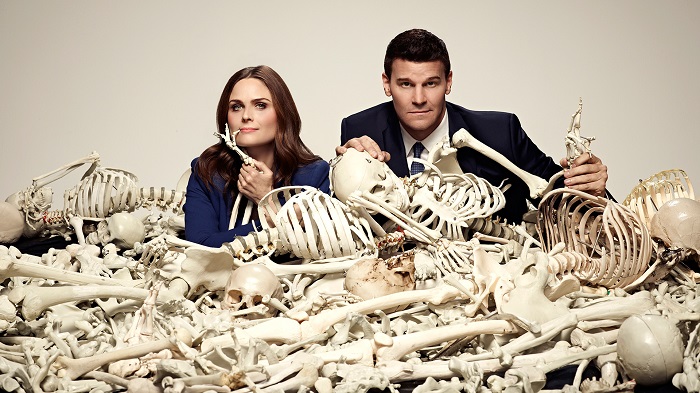 BONES is currently on an extended hiatus until April 14, but Fox has renewed the show for a 12th and final season. Here’s the twist though: there will only be 12 episodes instead of the usual 22+.

Stars David Boreanaz and Emily Deschanel’s contracts were up at the end of this season, but the pair have agreed to return for a shortened final season.

Showrunners Jonathan Collier and Michael Peterson (who took over the show this season) will also be returning for the final season.

“In times like these, marked by instability and doubt, it’s comforting to know the world can count on at least one dependable beacon of stability. Apparently, that beacon is BONES,” said creator and executive producer Hart Hanson. “It just shows what you can do with an amalgam of genius cast, amazing crew, cunning writers, stalwart studio, sweat, a tough economy, a mercurial network, determination, luck, magic, miracles and the most loyal audience in the world.”

“This is for the fans! Thank you to everyone at Fox and, of course, Dana and Gary – for all your support,” said series star and producer David Boreanaz. “Thank you to Hart, Stephen, Ian [Toynton], Michael and Jonathan. Also to the crew and cast for their countless support along the way! And I couldn’t have done it without you, Emily!”

“I am thrilled the show will have the ending it deserves for all of our amazing, loyal fans!,” added series star and producer Emily Deschanel.