Video games are a fairly new addition to pop culture, as compared to books, magazines, comics, films, TV programmes, etc. Despite being younger though, games have inspired creative media, as well having been inspired by them. For example, Netflix Originals such as Narcos and Orange is the New Black have their own licensed slot games now. According to this Bonus.ca article about Spin Casino, all their new members get 50 free spins on making a deposit of just $1. Which means that we can try out some of the best pop culture inspired slots available online by just spending a dollar! 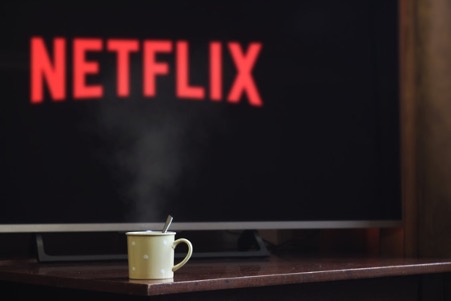 On the other hand, the list of Netflix shows and movies that originated from popular games is much longer. In this post, we will provide a brief overview of some awesome Netflix shows that were either inspired by a real-life video game, or were built on the premise of gaming in general. Movies will be excluded from the list here, although many of the game-inspired films are streaming on Netflix right now. They were not made by Netflix though, so they cannot be included as a part of the main post.

The Witcher
It is not unfair to call Netflix’s The Witcher a show that was inspired almost entirely by the Witcher series of games, despite the CD ProjeKt Red games themselves being developed on the tales of Polish author Andrzej Sapkowski. Everything from the way Henry Cavill looks and acts in the series, to the entire fantasy medieval theme of the show itself is heavily inspired by the games.

Could the show have been done better? Most gamers and fans of the novel/short story series would agree on that part, but nobody can complain about the dedication and faithfulness with which Henry Cavill embraced the Legendary monster hunter, Geralt of Rivia, aka The White Wolf. Despite the production crew doing their best to not let it be so, Cavill’s Geralt is the highlight of this show, just as he should be.

Dragon’s Dogma
Dragon’s Dogma was surprisingly good, especially since very few viewers were even expecting the show to come out as suddenly as it did. Although the animated show from last year has been created in a different aesthetic art style than the original game, it mostly stays faithful to the source material’s core storyline and fundamentals about the Arisen. It’s a tale of evil, heart-stealing (literally!) dragons, undead warriors, mystical creatures and more, but above all else, Dragon’s Dogma is a serious tale of revenge.

More importantly, Netflix’s Dragon’s Dogma is one of its best new shows for the matured audience, complete with well-developed characters, gory violence, and a dark, medieval theme that delves into much darker territories at times than the game. All those aspects work really well within the show and fans are hoping for a second season soon. Can it become even better than Netflix’s most popular game-inspired show, aka Castlevania? We will just have to wait and see.

Final Fantasy XIV: Dad of Light
Very few video game franchises in the history of video games have been as successful and popular as the Final Fantasy series. Spanning close to 35-years, Square Enix has so far released 15 Final Fantasy games as part of the main series, but the show has also inspired numerous spin offs, side-games, mobile games, blatant rips-offs, comics, manga, books, movies, serials and animations along the line! Therefore, it should come as no surprise that Netflix decided to step in and add their own name to the list of Final Fantasy inspired media producers this year.

If you are familiar with the Japanese RPGs, then you are probably expecting a plot that involves Warriors of Light saving the planet from Elemental Fiends. However, that’s not exactly what’s happening in Netflix’s live action series, Final Fantasy XIV: Dad of Light. Instead, it starts off as a family drama with comic elements, as we see Akio trying to rebuild the relationship he had with his estranged father.

They still live together though, so he decides to surprise him by restabilising the only real rapport the two had in his younger days. As you can probably guess, the father and son duo loved their Final Fantasy games and used to have loads of fun together while playing them. Now Akio is trying to secretly befriend his father in the online world of Final Fantasy XIV and the show does have its moments. 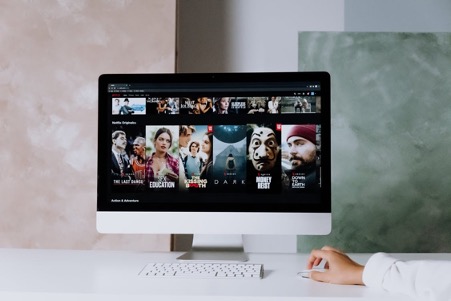 Outside of Netflix, video games and the gaming theme itself has inspired so many movies and shows. Of course, most of them were not even nearly as good, but at least there will still be video-game inspired content for you to watch once you are done with these shows on Netflix. Give Mortal Combat (1995), Wreck-It Ralph, Lara Croft: Tomb Raider – The Cradle of Life (2003), and Resident Evil: Vendetta a try just for the fun of it.