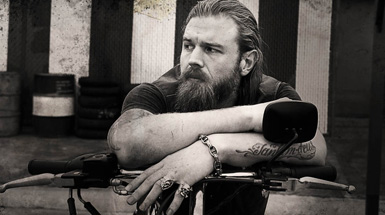 There is perhaps nothing more galvanizing and polarizing than to kill off characters on a television show.  Whether whispered for weeks or simply sprung on the unsuspecting viewer, the result is always the same: viewers are upset. Producers and writers defend such a drastic storytelling technique claiming that it is necessary to move a story along and to get characters pushed in directions that they need to go.  But really it is just a short-cut for writers who cannot envision taking viewers on a deeper and perhaps more fulfilling journey through an alternate route.

Popular shows like LOST and 24 paved the way for killing characters.  Neither show hesitated to kill for shock value and it frequently sent shock-waves through their fans bases.  But in the past decade the loosening of the reigns on characters’ lives has made it acceptable for more shows to bring out the “death card” when they want to pull a ratings stunt or shake up their storylines.

This year alone we have seen it used ruthlessly on shows such as:  SONS OF ANARCHY, HELL ON WHEELS, REVOLUTION, THE WALKING DEAD, GREY’S ANATOMY, PRIVATE PRACTICE, THE VAMPIRES DIARIES, COVERT AFFAIRS, SPARTACUS, BURN NOTICE and DROP DEAD DIVA. For many a tear was shed for the loss of fan-favorites Opie (Ryan Hurst) on SONS OF ANARCHY and Alaric (Matt Davis) on THE VAMPIRE DIARIES.  (See my article “SONS OF ANARCHY Redux: Ode to Opie, a Fallen SAMCRO Hero.”)  It was also just as unfathomable when Cullen Bohannon (Anson Mount) returned to find Lily Bell (Dominique McElligott) strangled to death in HELL ON WHEELS.  And don’t even get me started on the bloodbath of deaths on GREY’S ANATOMY.  My heart is starting to feel perpetually broken and trampled upon by television writers seeking to amp up the drama on their shows.

But death is not always the answer.  Last year ONCE UPON A TIME tried to prove that it was a show willing to kill characters when the Evil Queen crushed the beating heart of Sheriff Graham.  (See my article “ONCE UPON A TIME Redux: Why Do TV Shows Have to Break Our Heart?”) Was it truly necessary to kill the Sheriff because a woman-scorned had the power to do so?  Instead of convincing viewers that Regina was worthy-of-death herself, the show then went on to show us why she should be redeemed.  Thus, it felt like Sheriff Graham’s death was meaningless and used to anger and upset viewers over the loss of a character they wanted to see more of in the show.

It can also be argued that the death of Opie in SONS OF ANARCHY served a legitimate storytelling purpose in that his death was going to be the salvation of his best friend Jax (Charlie Hunnam) and put him back on the path to redemption, but as of yet, we have only seen Jax fall farther and farther away from the noble ideals Opie hoped he would embrace.

Yet, time and time again, as fans we are left to wonder if the deaths of the characters we have loved were truly necessary.  Perhaps it was Shane’s (Jon Bernthal) time to die in THE WALKING DEAD after all the evil he had wrought and the ease with which he had killed Dale.  But what about the rest of the TV characters we mourn?  Given THE VAMPIRE DIARIES was able to resurrect the villainous Klaus (Joseph Morgan) from the dead, couldn’t they have found a spell to save Alaric as well?  And while it goes without saying the a show entitled HELL ON WHEELS is just living up to its name by killing off the one person who could grant Cullen the absolution he craved; it still stole that last bit of hope from the viewers as Lily’s life-force seeped out of her body.

Sometimes it feels like television writers have forgot the golden rule of television: they write for the viewers.  Television shows exist at the whim and pleasure of its audience – and the viewing audience that will feel anguish over the loss of characters they have cherished and held dear.  As such, character deaths can sound a death-knell over a show that had been flourishing and stable, simply because the audience feels betrayed.  How many fans checked-out and never came back after the death of Charlie Pace (Dominic Monaghan) in LOST?  If ratings are to be an indicator, several million.  That’s right:  millions.  How many TV shows can withstand the loss of millions of viewers?  Or even a percentage of its audience?  With the television audience more fragmented now more than ever, each show has to fight tenaciously to hold onto its viewers from encroaching competition, real life distractions, and a multitude of other factors chipping away at their audience.

So as a television writer sits poised at their keyboards ready and willing to offer up a character before the TV guillotine, they should ask:  how will the audience react to this death?  Will it drive away viewers?  Will it cripple a show that needs that particular character as a crucial element for character balance and future stories?  Television writing is myopic when it comes to killing characters.  It is seen only through the lens of the writers’ room and rarely considers the ripple effects.  A television show belongs to the writer up until the point it is broadcast; then it belongs to the viewers.  So killing characters needs to done with forethought and consideration as to how the intended audience will react.  Will it be painful and thought-provoking, or will it be seen as a betrayal and unnecessary?  Once the trust between the audience and the writers is gone, viewers check out – which can be just emotionally, refusing to invest in the show, or by turning the channel and seeking a show that will not treat its audience with so little regard.

Related:
• “Lessons from LOST to ONCE UPON A TIME: Have Television Writers Been Given Too Much Creative License?”