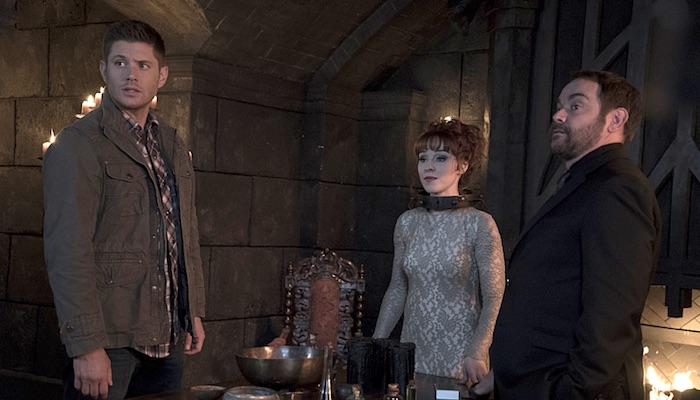 When we last saw the Winchester brothers on the SUPERNATURAL winter finale, both were in precarious positions — although Sam was in a far worse state. After meeting with Lucifer because he thought God was instructing him to speak with his fallen son, Sam was told that Lucifer had engineered his visions and had done this to trap him inside of a cage with him once again. Frightened, Sam shed a single tear as Lucifer taunted him.

But will Sam escape his hellish nightmare? Here’s what we know: “Now that he has Sam (Jared Padalecki) in the cage with him, Lucifer (guest star Mark Pellegrino) offers Sam a way out but it comes with a steep price.” Will Sam have to agree to become Lucifer’s vessel again or let the devil out of his cage for good? And will Dean find out about his brother being trapped? During a visit to the set while the actors were filming this episode, Jensen Ackles indicated that Dean would follow after learning that Sam had gone off on his own to pursue these visions (and that’s true, as you can see from the photos below). Dean also seems to confront Rowena and Crowley and Rowena may find herself in chains again for her recent actions.

Meanwhile, Amara had spent the winter finale trying to get her brother’s attention and had stolen away Dean to once again insist to him that the two of them were bonded. He tried to stab her, but his knife disintegrated. Oops. She sent him away before the angels rained down on Amara for killing their kin, but we’re guessing it’s going to take more than a group of angry angels to kill God’s sister. Nonetheless, Dean and Castiel will be looking in to the angel smiting that could have killed Amara….probably before they take a little trip to Limbo. 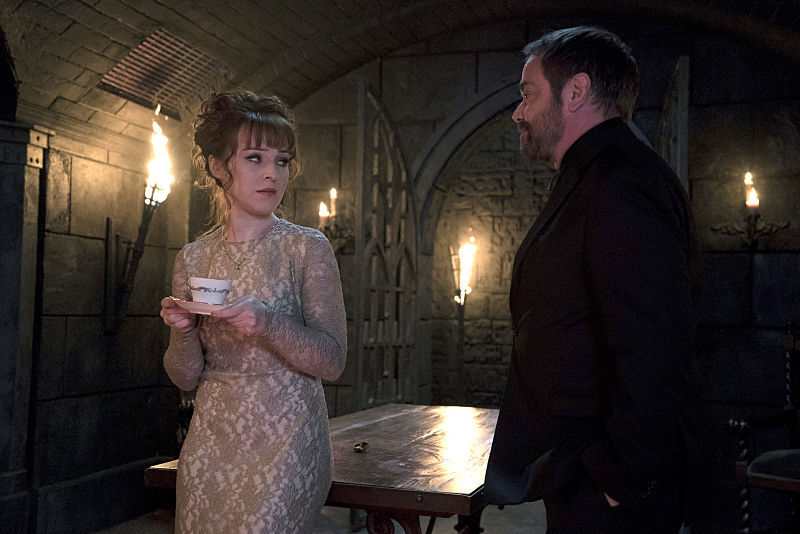 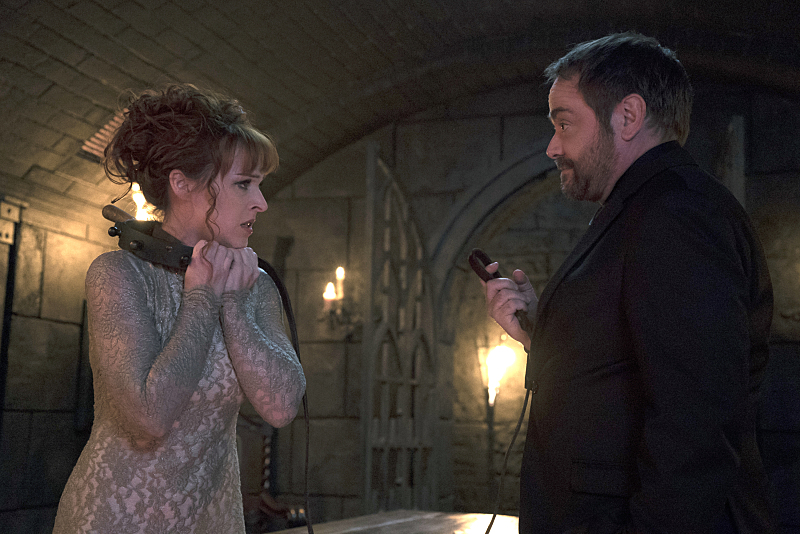 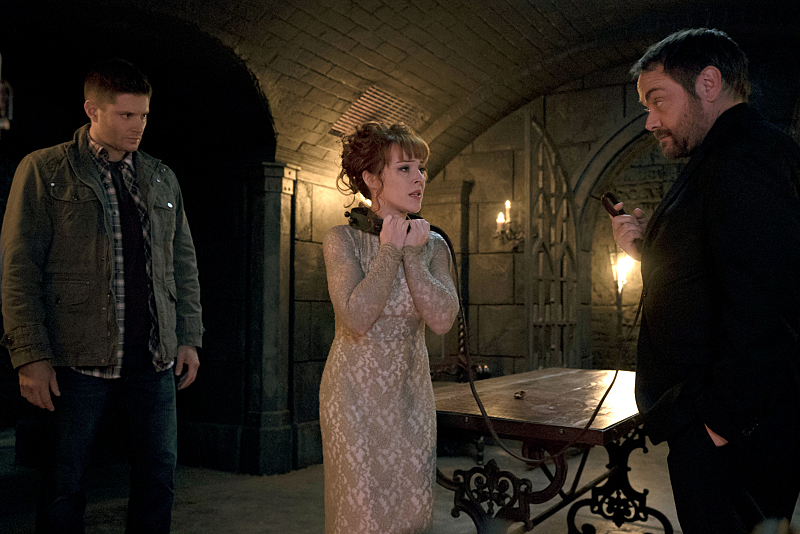 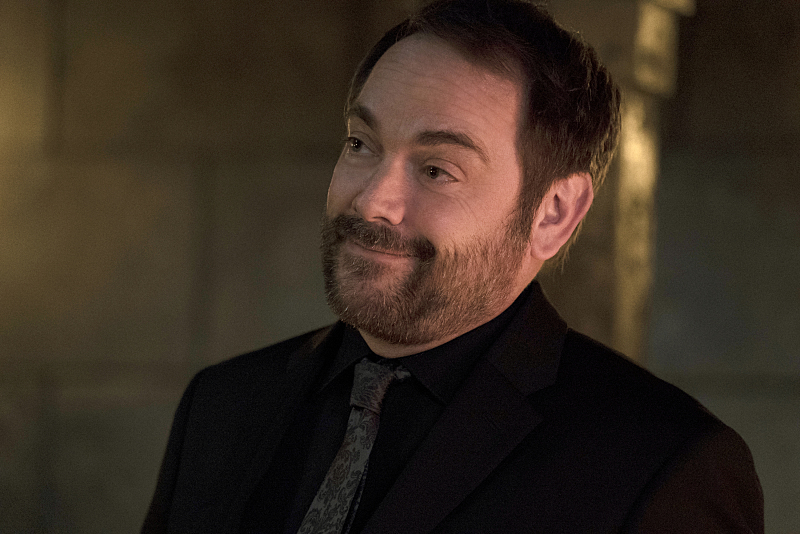 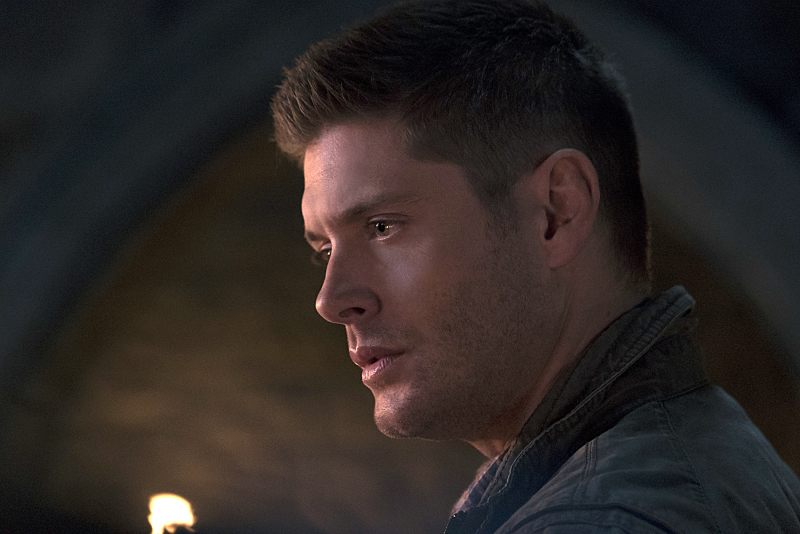 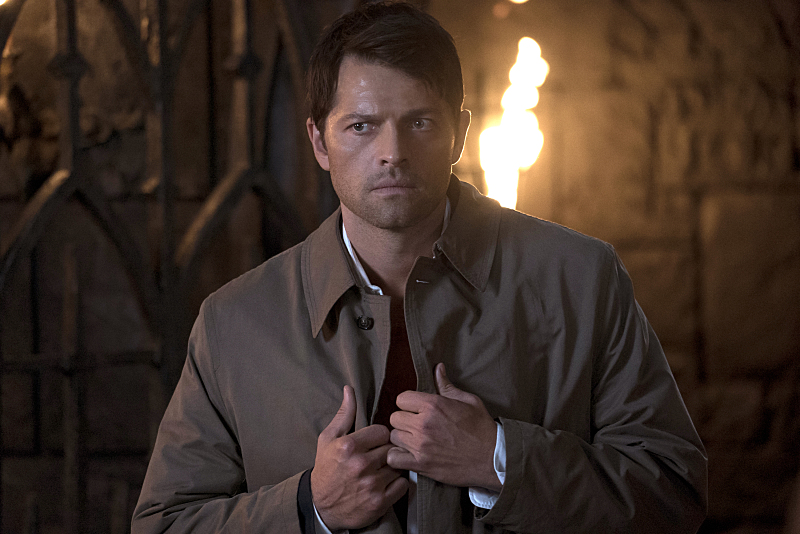 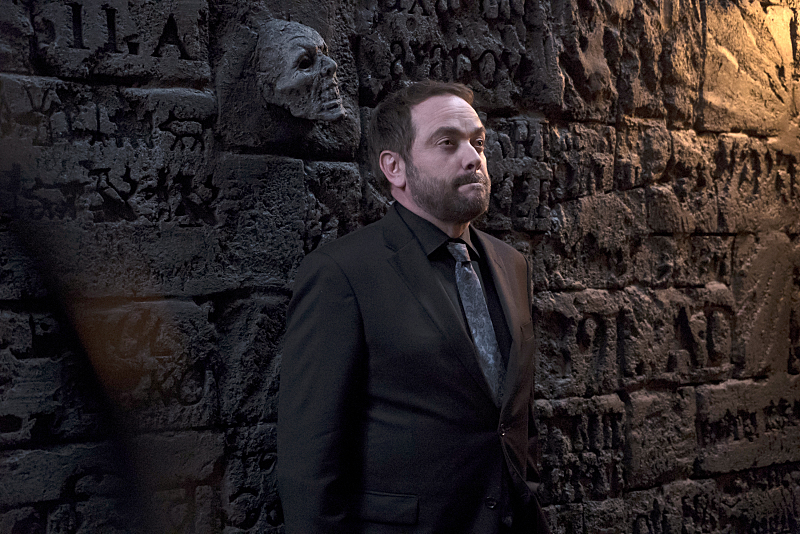 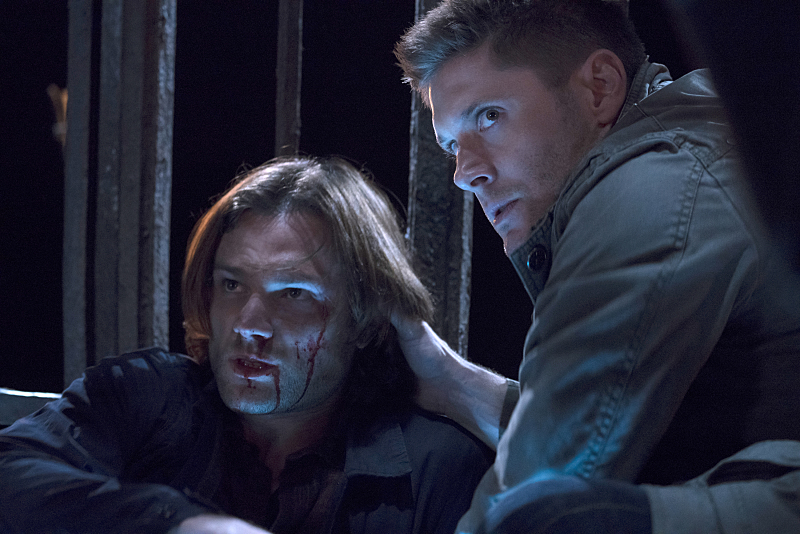 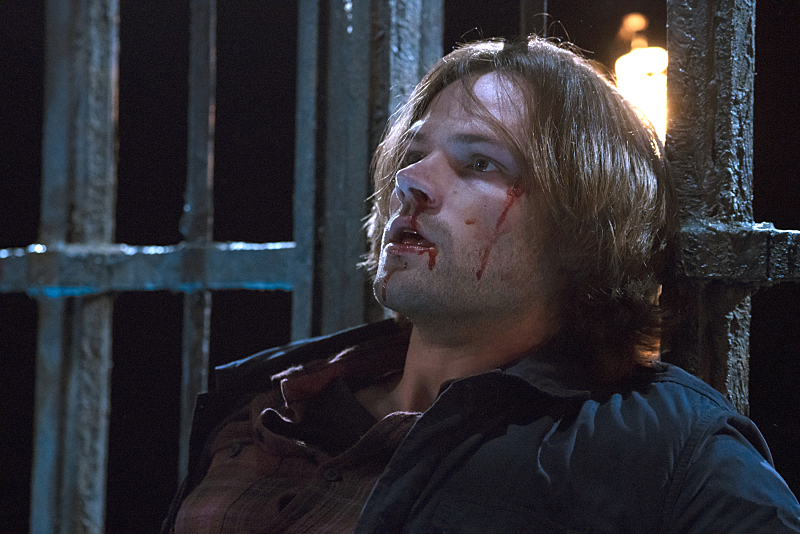 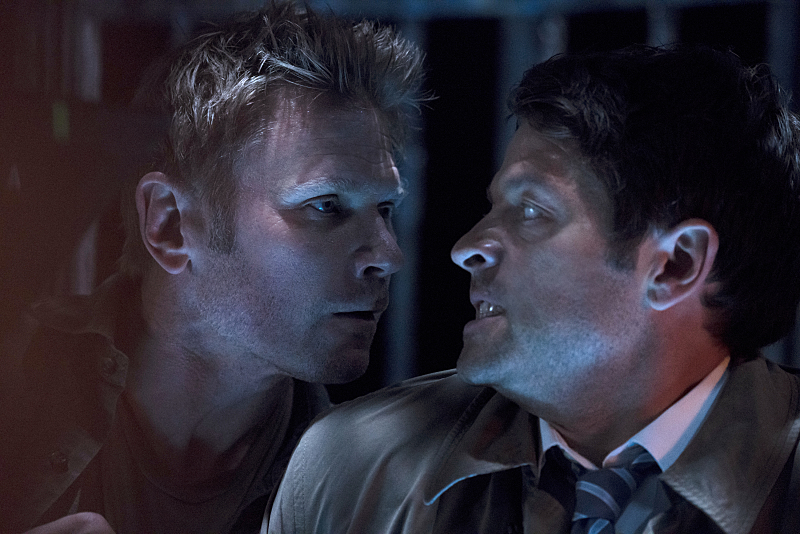 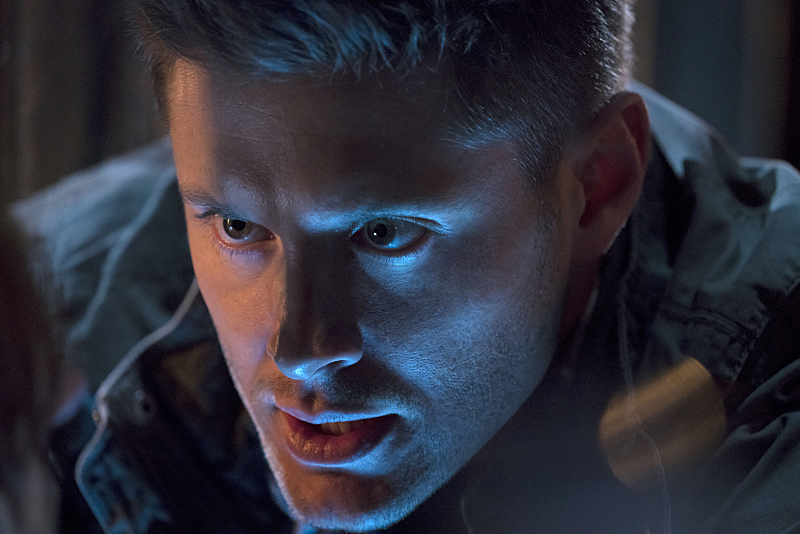 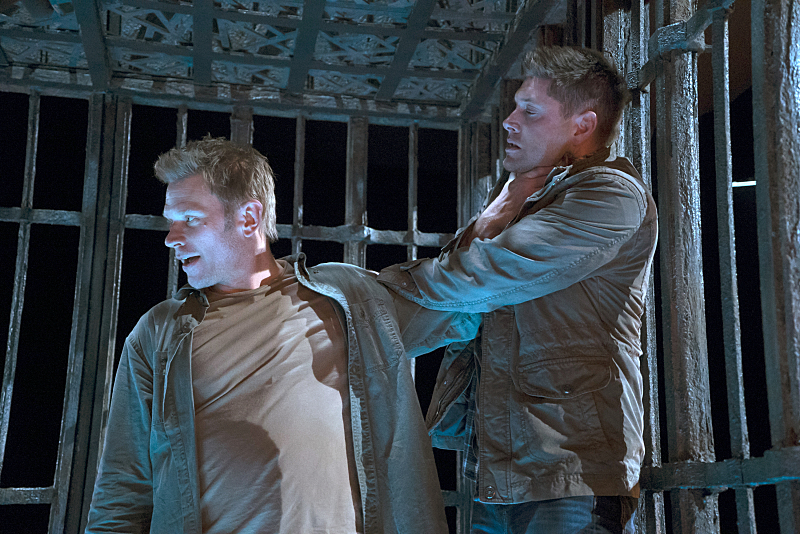 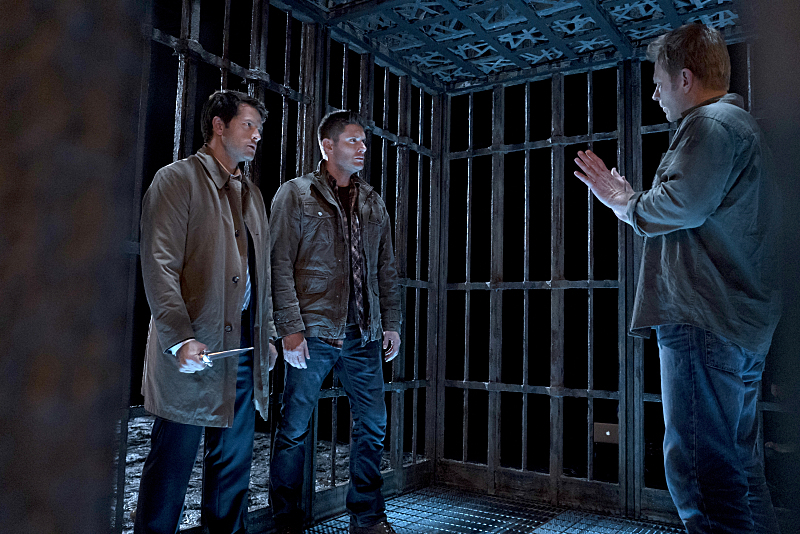 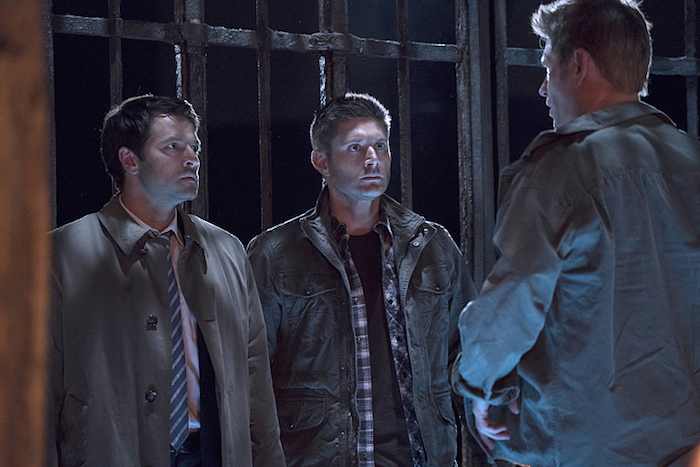 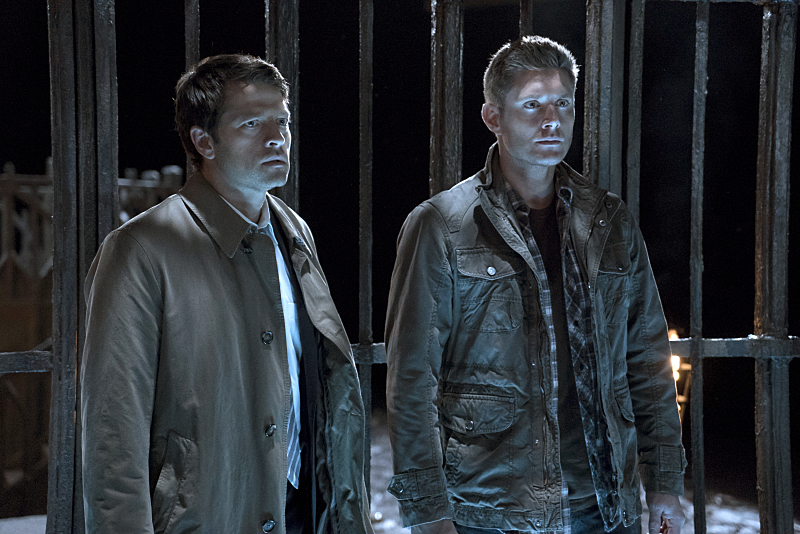 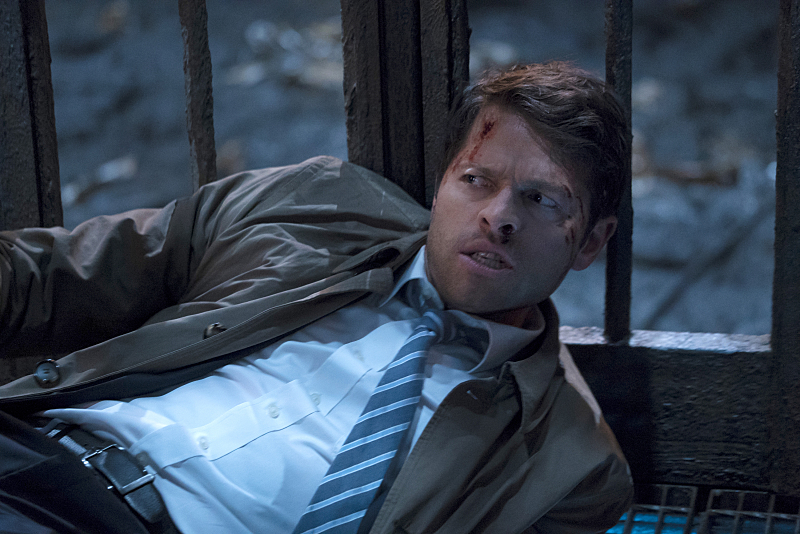 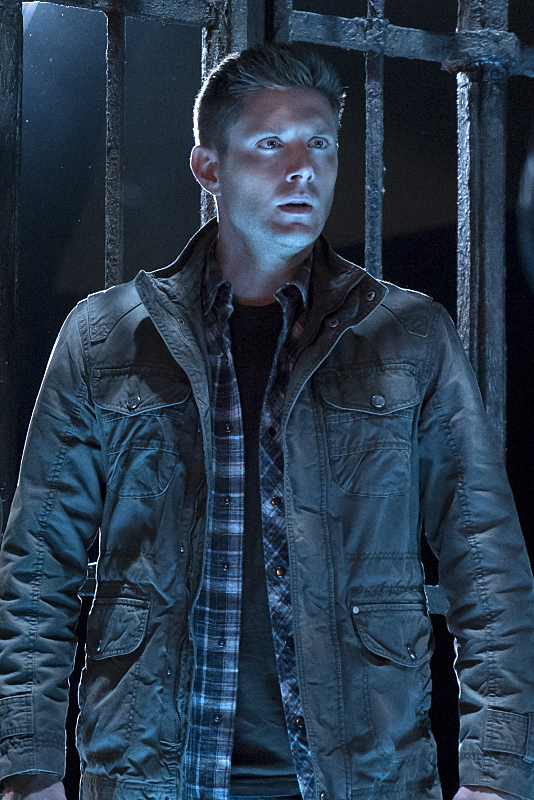